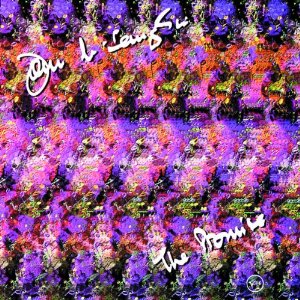 By 1996, when this album was originally released, the English guitar virtuoso had already been a member of Tony Williams’ groundbreaking Lifetime and Miles Davis’ Bitches Brew band, further melded jazz with rock as founder of the Mahavishnu Orchestra, and then acoustic jazz with Indian music as leader of Shakti – not to mention collaborating with Carlos Santana, Elvin Jones, Joey DeFrancesco, and Al di Meola, and Paco de Lucia. With The Promise’s impressive cast, he revisited various stages of his stylistic past.

Opening with John Lewis’ “Django,” he follows Jeff Beck’s snarling whammy- bar pyrotechnics with an elegant solo. Next, he gets down to some bebop on the appropriately angular “Thelonius Melodius,” with DeFranceso on organ and Dennis Chambers on drums. For the robotic funk of “No Return,” McLaughlin handles the keyboards, with DeFrancesco switching to trumpet.

“El Ciego” reunites McLaughlin, de Lucia, and di Meola, while the equally trans-inducing “The Wish” features Shakti tabla master Zakir Hussain, with Nishat Khan on sitar. At the other end of the spectrum, Sting makes a brief (1:12) bass appearance on the cacophonous “English Jam.”

The album’s longest pieces feature identical rhythm sections backing McLaughlin with tenor saxophonist Michael Brecker (on the upbeat “Jazz Jungle”) and alto saxophonist David Sanbourn (on the slow pulse of “Shin Jin Rui”). McLaughlin gives both horn men (and Jim Beard on keyboards) plenty of room to stretch out before joining in. His fleet-fingered break backed only by drums on “Jungle” is especially impressive. Jimmy Rowles’ ballad “The Peacocks,” the set’s only other cover, closes with some beautiful acoustic guitar interplay courtesy McLaughlin and Philippe Loli.

Precisely because of his eclecticism, McLaughlin somehow maintains a level of cohesion throughout what would be a patchwork quilt in other hands.