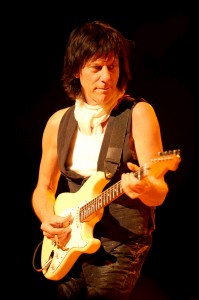 Guitarist Jeff Beck has announced the launch of a fall Canadian tour starting October 12 in Halifax, Nova Scotia, and finishing on October 27 in Vancouver.  Four U.S. dates are scheduled for the great Northwest immediately following the Canadian portion, starting in Seattle on October 28 and wrapping up in the wine country of Napa on November 1.

Beck is one of the most influential guitarists in rock history. His latest studio album, Emotion & Commotion, was nominated for five Grammy awards last year, and he won Best Rock Instrumental Performance for “Hammerhead” and Best Pop Instrumental performance for “Nessun Dorma.” For more go to, www.jeffbeck.com.