October’s “CTA,” titled “Close Enough For Jazz,” surveyed a half-dozen indie jazz releases featuring guitar in different capacities and styles. Fortunately for jazz guitar fans, there’s never a shortage of such releases – although they don’t always receive as much attention in lay-listener circles – so here are five more.

Though Barry Finnerty has been a prolific sideman and studio guitarist for 35 years – with a resume that includes Chico Hamilton, Hubert Laws, the Crusaders, Vital Information, Airto and Flora Purim, and Miles Davis – he recently added two albums to his solo catalog. Blues For Trane is his tribute to legendary saxophonist John Coltrane, while Manhattan Sessions, Part 1 finds the San Franciscan in the company of such New York luminaries as trumpeter Randy Brecker and bassist Victor Bailey. The CDs were originally issued in Japan and Europe, respectively, but are now available via the artist’s website.

Finnerty’s tone on the former’s title track, an improvised blues in waltz time, recalls his first guitar hero, Jeff Beck. The 60-year-old also lists Howard Roberts, Kenny Burrell, and George Benson (“the greatest jazz guitarist in the world, bar none”) as influences. But like jazz guitarists since Django Reinhardt and Charlie Christian, he borrows liberally from horn players, such as Paul Desmond and Miles Davis.

Coltrane is a steep hill for any instrumentalist to climb, but Finnerty does an admirable job attempting to capture, in his words, the “more spiritual component that could be found not in the notes he played but in the way he played them, and the sound and feeling that he played them with.” Of course, formidable technique is also a prerequisite for such a project, and Finnerty has that to spare, as he mixes six originals with two “Trane” compositions (“Big Nick” and “Resolution,” the latter given a funky makeover) and two standards (“Green Dolphin Street” and a rare vocal on the ballad “You Are Too Beautiful,” which Coltrane cut with Johnny Hartman). Finnerty’s main electric is his Yamaha Image Custom (through a Tech 21 Sans Amp rack), and for acoustics he employs a Yamaha CPX-15 and a Taylor 12-string. Manhattan’s opening track, “Malibu,” was recorded by Hubert Laws and has sort of a CTI feel minus the sweetening. “Mikey B” is a simple melody with staying power, dedicated to the memory of Brecker’s brother, saxophonist Michael. Again, Finnerty’s Beck-like tone has almost a violin quality.
“Clarita” is a half jazzy, humorous, multi-tracked vocal, half blowing guitar solo over a breezy Latin groove. “Bom!” is an Africaninspired bed for everyone to solo over, and the set closes with its only cover, Brazilian composer Guinga’s ballad “Dos Anjos.” In his liner notes, Finnerty writes that he’s not ashamed to say he had Beck on his mind as he was playing it – and, indeed, there’s nothing to be ashamed of here.

Like Finnerty, Lee Ritenour boasts an impressive list of session credits, but in the same period he’s averaged a solo album per year. Based in Hollywood, Rit’s studio work dates back to his teens and is about the size of a phone book.

6 String Theory (Monster/Concord) is an odd CD. To celebrate his 50th year playing guitar, Ritenour conceptualized and co-produced the album (and that’s his name on the cover), but he doesn’t even play on every cut. He does jam with players ranging from Pat Martino to Neal Schon, but he stays in the control booth for Keb’ Mo’s duet with Taj Mahal, George Benson’s swinging take on “Moon River” (with organist Joey DeFrancesco), and six other tunes.

Needless to say, this is a celebration of the instrument, and gathering so many diverse talents is an impressive feat in itself. But it raises the question, “What audience is this aimed at?” Guitarists, obviously – but are Ritenour fans into Slash (who teams with Schon and Steve Lukather on Luke’s “68”). And for Ritenour – who isn’t exactly the bluesiest, even among the L.A. studio crowd (maybe why he also laid out on Robert Cray’s collaboration with Joe Bonamassa) – there’s probably more blues than his smooth/fusion fans consume in a year. Likewise, Fourplay’s audience expecting some easy listening could be in for a shock upon hearing Joe Robinson’s hyper-Chet “Daddy Longlicks” or Guthrie Govan’s angular “Fives” (with Tal Wilkenfeld on bass).

To be sure, there are some bright moments here. Benson also contributes a solo arrangement of the ballad “My One And Only Love” that’s 1:44 of staggering lyricism. The Ritenour/Martino tribute to Les Paul hits its mark, and the gut-string/electric/steel-string take on Sting’s “Shape Of My Heart” (featuring Ritenour, Lukather, and Andy McKee) is a grabber. But the seemingly obligatory B.B. King appearance is a snoozer despite – or because of – help from Keb’, Vince Gill, and Jonny Lang, and do we really need another version of “Freeway Jam” (this time with Ritenour, Mike Stern, and Tomoyasu Hotei)?

In conjunction with the album, a talent contest chose 16-year-old classical guitarist Shon Boublil, who closes the album in fine style with Legnani’s “Caprices, Op. 20, No. 2 And 7.”

The ultimate question for a patchwork quilt (which best describes this) is, does it make for a listenable experience? Unfortunately, for every cut someone (like me) likes, there’s a cut he or she won’t care for. And armchair quarterbacking (like, “Get Jonny Lang out of there and let George Benson duet with B.B., and you’ll have something!”) is unavoidable. 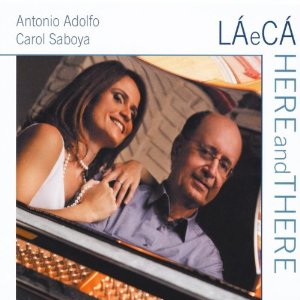 While attending Berklee College Of Music, Mina Cho supported herself by playing gospel piano and organ at black churches in the Boston area. “I Like A Turtle,” from her Blink Music debut, Originality, is a spirited marriage of jazz and gospel.

Venezuelan pianist/composer Leo Blanco, one of Cho’s instructors at Berklee, was a strong influence on several tunes, including the Peruvian Landórhythmed “Can I?” Shu Odamura plays guitar on four of the CD’s nine cuts, providing the unaccompanied intro to the title track and dueting with the pianist on “Choro No. 2” – his gut-string matching Cho’s freewheeling feel.

The album’s only misstep is the “bonus track,” “Because You Are Looking At Me.” The lone vocal (by David Thorne Scott) just isn’t up to snuff – especially the amateurish scatting. Too bad, because “Turtle” would have ended the set on a perfect high note.
© 2010 Dan Forte; all rights reserved