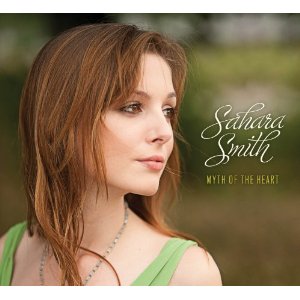 At 15, this Austinite placed second in a contest for young songwriters on “A Prairie Home Companion.” Now 21, her debut consists of 12 originals, as impressive as they are mature in terms of singing and writing.

The CD was produced by Emile Kelman, but most of the press focuses on T-Bone Burnett “shepherding” and “overseeing” the project, and several of Burnett’s mainstays comprise the backup band.

Marc Ribot reins in his avant side to pick some economical country on “All I Need,” the most uptempo song in the set. He delivers some gnarly, garagey bends in the otherwise subdued “Train Man,” which teeters dangerously close to Chris Isaak’s “Wicked Game” in its rhythmic feel, changes, and even Smith’s falsetto.

Chris Bruce provides the guitar hooks in “Are You Lonely,” while Ribot takes over (on banjo and guitar) for “Tin Man,” featuring Greg Leisz’ lazy lap steel slides.

For the ballad “The World’s On Fire” and simmering title track Kelman borrowed Corby Schaub from Ryan Bingham’s band, and Ribot is back on “Midnight Plane” for some tasteful slide.

Smith may be the next Americana star. In fact, she may not have to wait for a second CD to prove it.