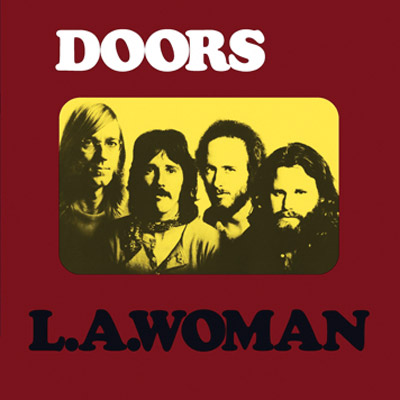 After their 1967 self-titled debut, 1971’s L.A. Woman was the Doors’ finest, honored here on a three-CD/one-LP set. Despite the troubles affecting the band, this album magically came together. Longtime producer Paul A. Rothchild heard the “Riders On the Storm” demo, dismissed it as “cocktail music,” and quit; instead, the band co-produced the album with longtime engineer Bruce Botnick. Ultimately, L.A. Woman was recorded in just six days at the band’s intimate headquarters and rehearsal facility. Vocalist Jim Morrison stayed relatively sober during the sessions.

“Love Her Madly,” “L.A. Woman,” and “Riders On the Storm” are tattooed on our brains, as they should be. Here, you can re-appreciate the rest of the material, such as the gritty “The Changeling” and “Been Down So Long.” One true find is hearing the original, long-lost, Rothchild-offending “Riders on the Storm” demo, plus two hours of unreleased session outtakes. The subtle variations that Krieger and Manzarek offer in these tracks, especially on familiar classics, are fascinating.