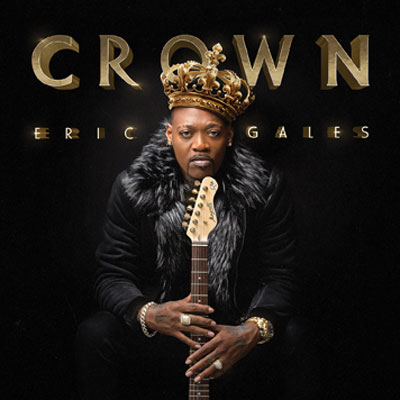 Hearing Eric “Raw Dawg” Gales sing about his turbulent past is nothing new. On Crown, Gales continues the narrative, but basks in the glory of his accomplishments, shoots down detractors, and revels in the love of his life. “I Want My Crown,” with its tongue-in-cheek lyrics and blistering guitar duel with Joe Bonamassa, brings the bowling shirt/soul patch crowd to the party – but Crown goes much deeper than pentatonic fireworks, and thanks to the production team of Bonamassa and Josh Smith, it’s his best-sounding record.

Real-world blues ditties like “Survivor,” “Too Close To The Fire,” and “The Storm” paint a vivid picture of the struggle to exist in an intolerant world. Gales is incendiary on guitar throughout, as heard in “You Don’t Know The Blues,” which brandishes his gospel roots, and fearlessly bears his soul on ballads. Though he gets an assist from songwriters Keb’ Mo’, Tom Hambridge, and James House, Gales’ genius transcends with soul-saturated vocals and out-of-the-box guitarmanship; dig the Leslie-drenched solo on “Let Me Start With This.” Crown also features fine acoustic playing on “I Found Her,” instrumental vignettes, horns – and that fiery thing Gales has been doing for 30 years.