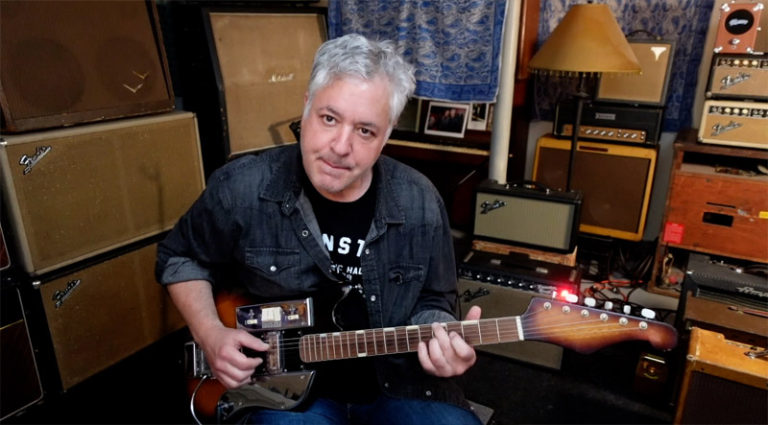 Classic licks on a ’60s Teisco and blackface Princeton Reverb”

Boston native Duke Levine’s impressive career has included stints with Otis Rush, Del Fuegos, Mary Chapin Carpenter, and others. Now he’s backing Bonnie Raitt on her “Just Like That” tour through the western and southern U.S. before they go overseas next year. Here, Duke grabbed his ’60s Teisco SS2L to play a crazy-cool rendition of the 1975 Freddy Fender crossover smash “Before The Next Teardrop Falls” through a ’66 Princeton Reverb. Catch our interview with him in the September issue. Read Now!