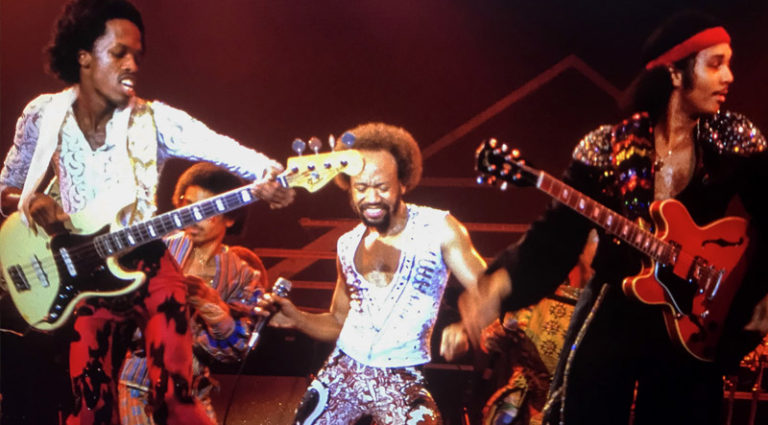 Earth, Wind & Fire played “world music” before the phrase was coined. By 1974, bandleader Maurice White’s ensemble of talented musicians had five albums to its credit, two of which, Head To The Sky and Open Our Eyes, went platinum thanks to music lovers who were hip enough to appreciate an Afro-Cuban jam band with jazz, funk, R&B, gospel, and operatic falsettos. Still, the band faced an uncertain future. Translation: They needed a million-selling hit to broaden their audience and cross over to the international market.

In 1972, producer Sig Shore had a hit with the blaxploitation film Super Fly. The soundtrack by Curtis Mayfield was even more successful. So, when Shore invited White to do the soundtrack to his new movie about corruption in the music business, That’s the Way of the World, starring Harvey Keitel, it was an opportunity he couldn’t refuse. White was smart enough to not only bring in producer/arranger Charles Stepney, but write the album independent of the film so it would stand on its own if the film flopped (which it did). Going in, White made an especially keen play. Adamant about continuing EW&F’s lyrical themes of spirituality, love, and mysticism – creating music with meaning – he also brought in more horns and strings, all on Columbia Records’ tab.

Basic tracks were recorded at Caribou Ranch, in Colorado.

The album’s rhythmic intensity was partially due to the work of guitarists Al McKay and Johnny Graham.

“Caribou Ranch was a beautiful place,” McKay recalls. “The studio was great. We churned up a lot of creative stuff there, and just by walking around the property.”

The title track was particularly challenging, and pushed the band to excellence.

“I had a Stratocaster that I’d just purchased in Denver,” Graham said. “Until that time, I’d only been playing my ES-345, and when Maurice called me in to cut a solo, the 345 was in Hollywood. The Strat’s action was stiffer, so here I am, cutting a solo with a brand-new guitar. I was struggling. Consequently, the solo was tamer than if I’d had the 345. But it turned out cool. Less is more.”

McKay played on the track, as well.

“‘Way of the World’ is a Charles Stepney tune, and he changed the direction of the band,” he said. “He’d change a simple C# chord to Oh my God! That song and ‘Yearnin’ Learnin’’ was his music; he did all our arrangements, and I especially remember those dates because I learned new chords. It was like school, and it was one of the best times of my life. I played a Gibson L-5 on ‘Yearnin’ Learnin’.’ It was a great day, a great song, and we loved it right away. Maurice wrote the lyrics, and it’s been Earth, Wind & Fire’s biggest anthem.”

“Shining Star” came from keyboardist Larry Dunn. White added vocal ideas and created the spiritual concept while on a walk in the woods one night.

“The song is about staying true to yourself,” said McKay. “It was a group effort and we tried it a couple ways before I added the #9 on the verses. I played all the guitars on that track – did the solo on my SG and the grooves on my Telecaster. Maurice played drums. Johnny Graham is a hell of a guitar player, but on the records, I did most of the parts.” 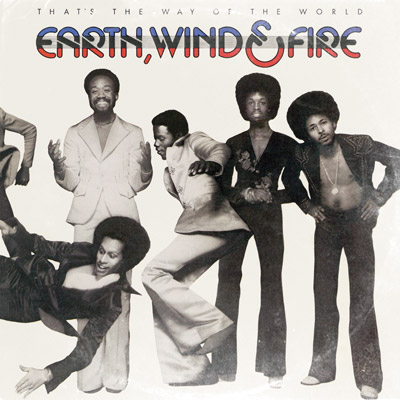 Additional tracks were recorded at Sunset Sound, in Hollywood. The fusion-inspired “See The Light” (written in 7/8) featured Graham on guitar, while “Africano” was McKay with a Les Paul Custom through a Twin Reverb.

“Happy Feeling” was an organized jam written by Maurice White, vocalist Philip Bailey, and bassist Verdine White. A live track, it was recorded specifically for the film at a roller rink in Camden, New Jersey, but turned out so well they put it on the album.

On a humorous note, despite being a popular ballad at weddings for its apparent expression of undying love and devotion, “Reasons” is, in reality, about the band’s infidelity on the road.

That’s the Way of the World was EW&F’s crowning achievement and breakthrough album, going to #1 on Billboard. “Shining Star” went to #1 on the Hot 100 and earned a Grammy for Best R&B Performance by a Duo or Group. In addition, the title track reached #5 on the R&B singles charts.

On May 24, 1975, EW&F became the first black band to simultaneously top the Billboard singles and albums charts. Their success gave the band a fresh start and initiated a series of changes that made it one of the most popular groups of all time. More importantly, Maurice White’s musical and philosophical vision infected the world with a positive consciousness, hope, and love.