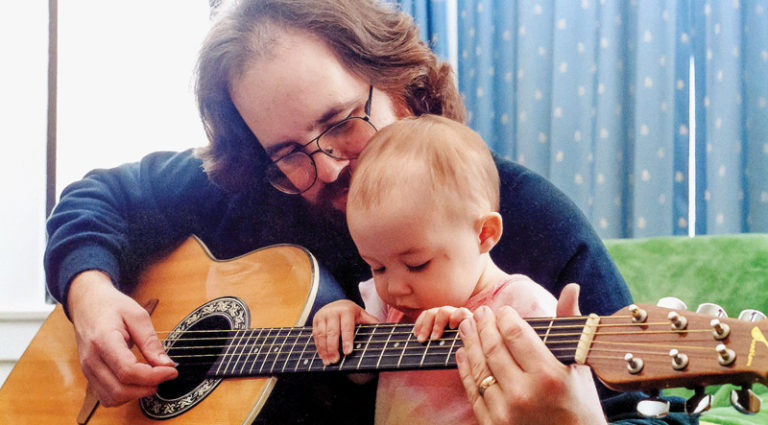 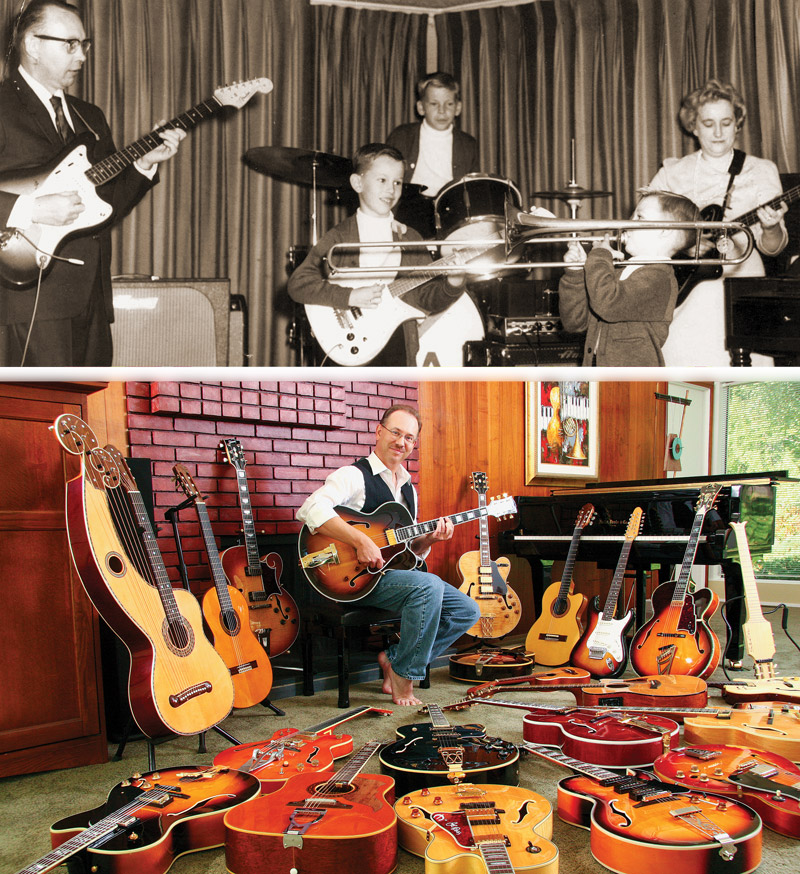 Marty Ashby’s very musical family has been playing together since he was a little kid. Here’s a shot of them in 1969; dad Jim (who operated Ashby Music in Baldwinsville, New York, and carried the Rickenbacker line) is playing a 1960 Fender Jazzmaster, Marty’s on a custom-order short-scale ’68 Rick, mom Henrietta is on bass, Dale’s on drums, and Jay’s playing trombone. “From 1969 until 1980, we were like the Partridge Family of central New York,” Marty said. Here’s Marty with his guitars today. 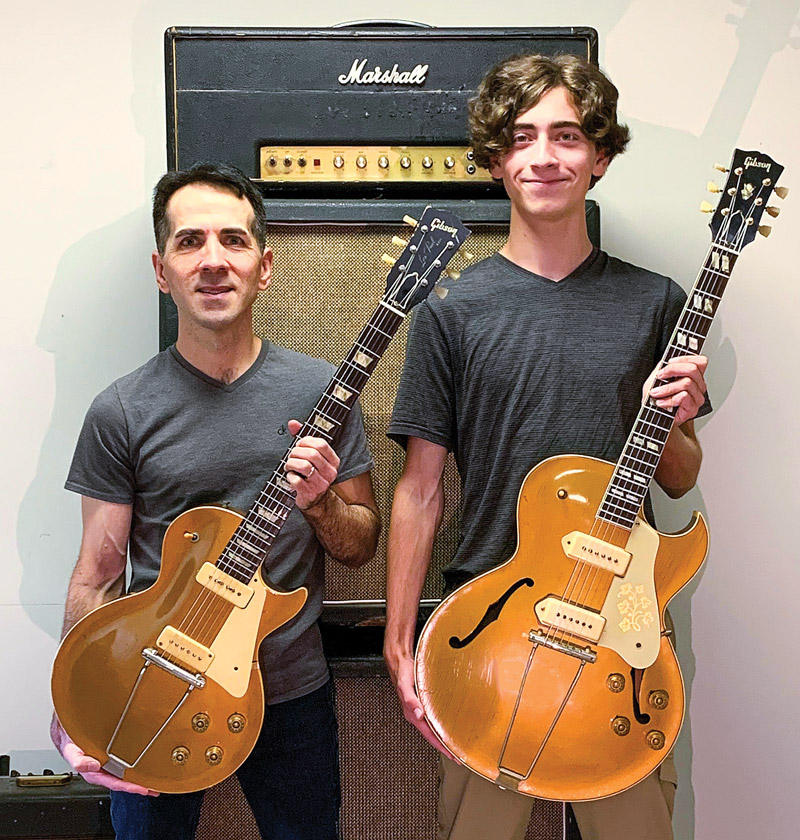 Anthony Ragozino and his son, Zack, share a love for vintage Gibsons. Here’s Anthony with his early-’52 Les Paul and Zack with a ’54 ES-295 in front of a ’68 Marshall Super Lead 100-watt stack. 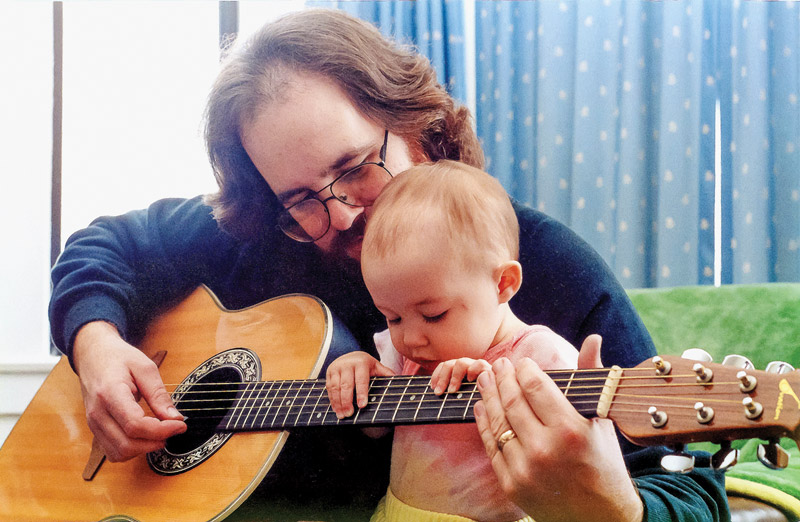 Here are Preston Stedman and his daughter, Alana, in 1989. “Like her dad, she shares a love of music to this day,” he said. “She’s been a great concert buddy over the years.” 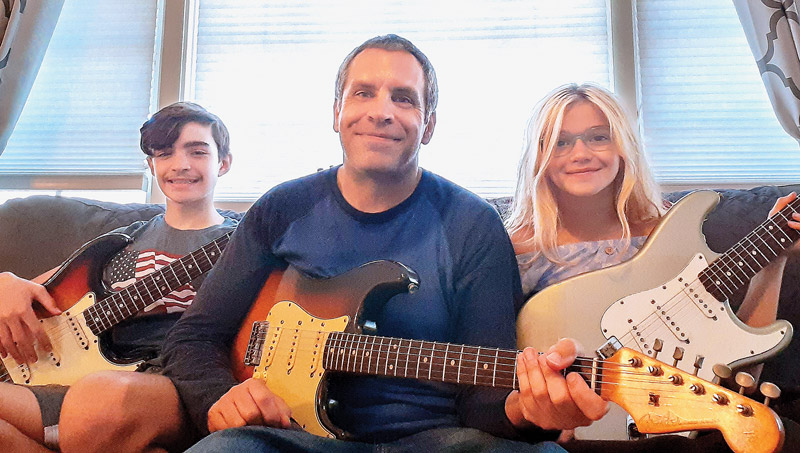 Chris Gojdics and his kids, Nicholas and Sophia, love to make music in the house. Here, they have dad’s 1960, ’65, and Robert Cray Strats. “Playing together is a great way to spend Father’s Day,” said Chris. 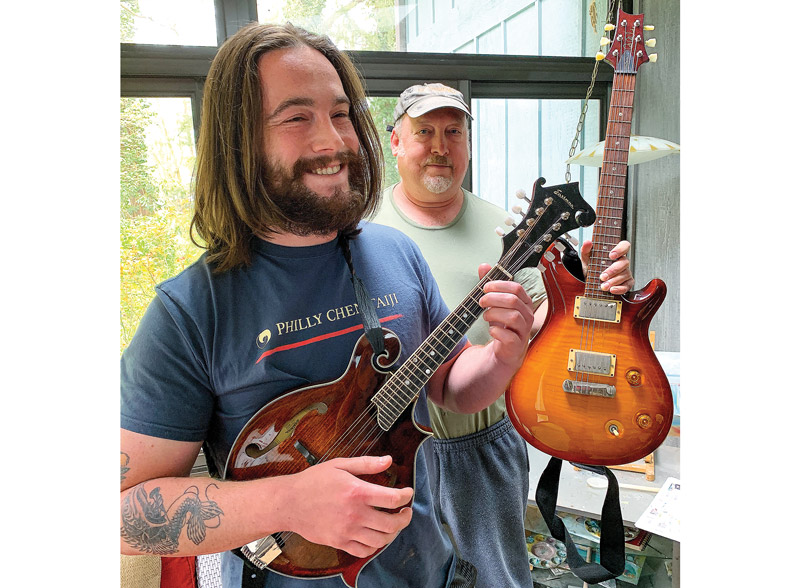 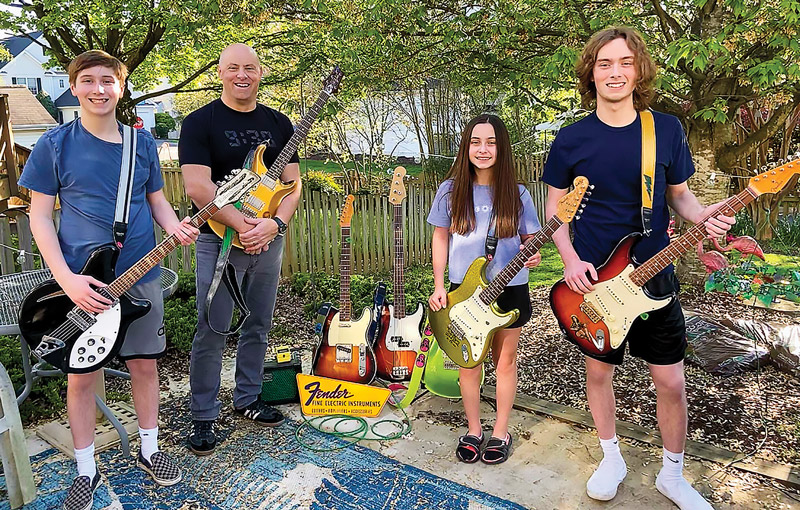 Check out happy dad Michael Duncan with his clan! That’s Alexander (left) with a 1990 Rickenbacker 360/12, Mike with a PRS DGT, Abby on a Fender Custom Shop Dick Dale Strat, and Henry with a Stevie Ray Vaughan Strat. In back are a reissue Tele and a ’90s P-Bass.

Times are good when Mark Clementi and his sons Cole (left) and William play together. Here, Mark is holding his ’65 Framus Atlantik 5/113 with his ’39 Gibson J-55 at the ready, while the boys have Fender Squire Mini Strats. 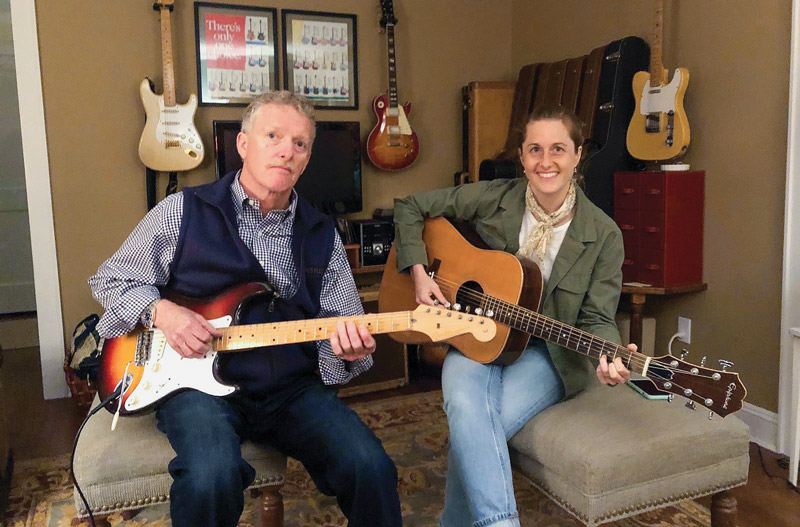 Charlie Margeson and his daughter, Kaitlyn, like to spend time jamming in dad’s guitar room. Kaitlyn’s playing her ’86 Epiphone dreadnought while Charlie sticks with his ’58 Strat! “She got bit by the guitar bug early, like her dad, and plays great,” said Charlie. We”ve had alot of fun together.” 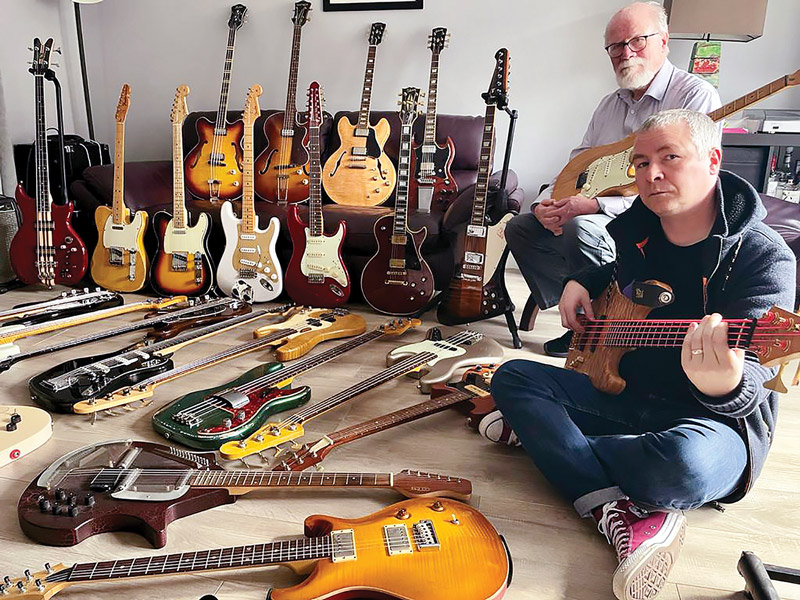 In Dublin, Ireland, Peter Cheevers and his dad, Ben, are both longtime VG subscribers who propped all of their axes for thisø shot. The collection includes everything from a ’63 Höfner Senator bass to a 2007 PRS CE22. “It was a great day,” said Peter. “We jammed, ate cake, and drank tea.” 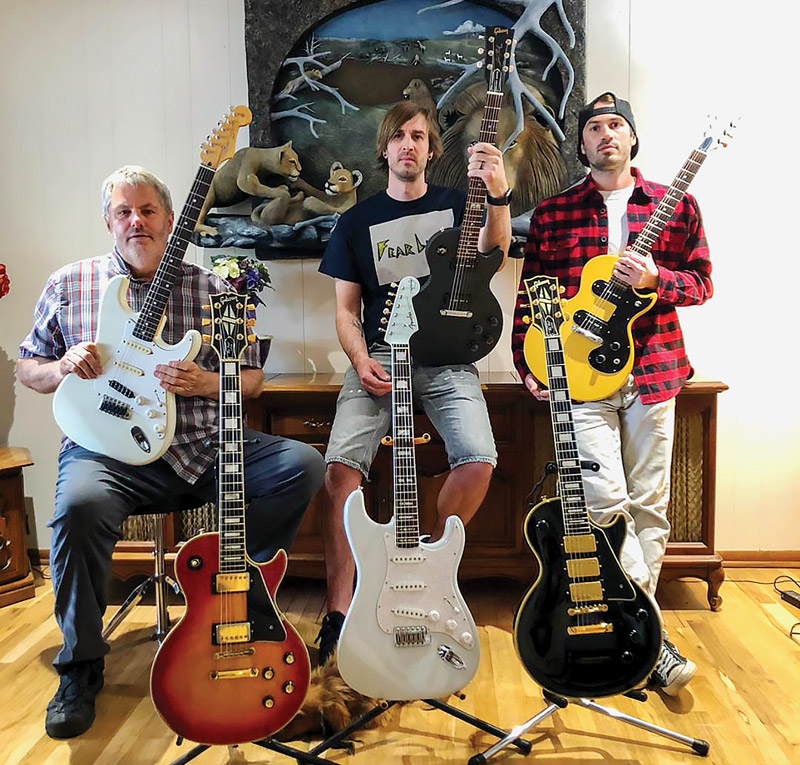 Greg Roth, his son-in-law, Matthew, and son, Kelly, make music and memories on this array of Gibson, Fender, and Squire guitars.

Just as he did with his son, Joshua, Edward Sparks made sure his grandson, James, had an instrument in his hands real early! Here’s Ed with a home-built eight-string and James with an F-style mando. At four, he’s the same age Josh was when he learned to love his dad’s Ovation Balladeer. 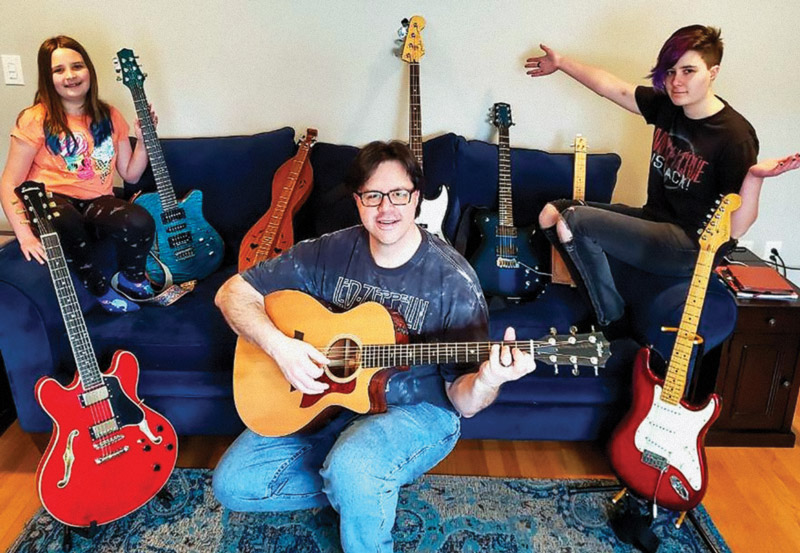 Music keeps Anthony Guanci close to his kids, Toni (left) and Robin. Here, dad has his Taylor 514ce while Toni holds a custom Benford SC V3. “Happy Father’s Day to all those who have pretty cool kids like I do!” Anthony said. 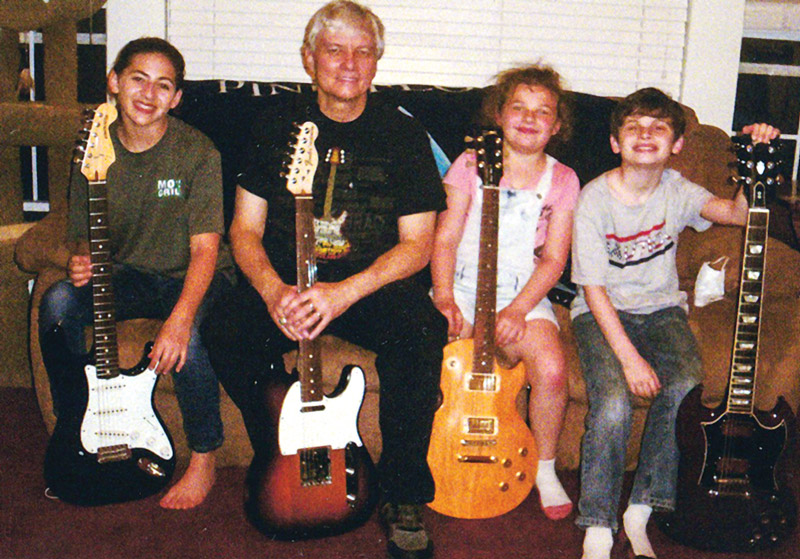 Here are Joe A. and his grandkids with grandpa’s ’82 “Dan Smith” Stratocaster, a Highway One Tele, a Les Paul Studio, and a ’94 SG. 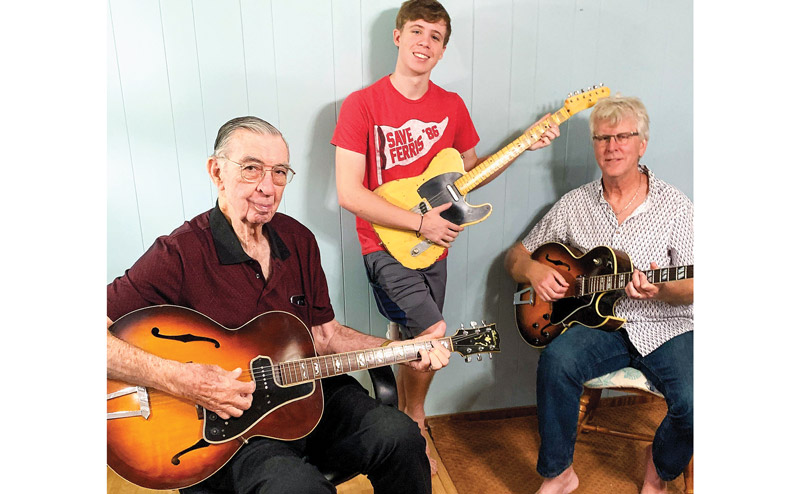 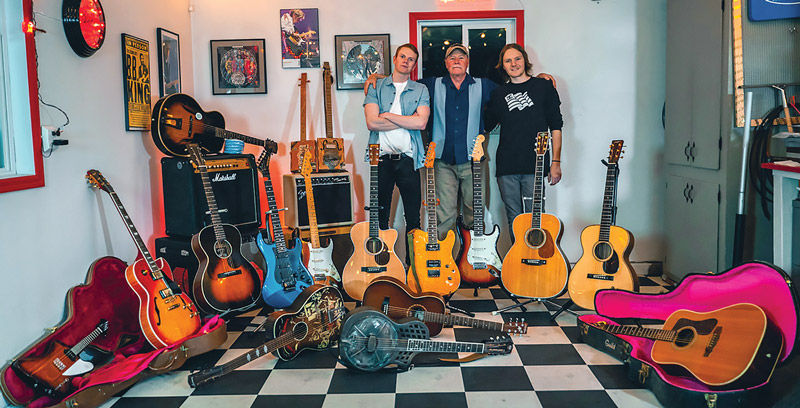 Jim MacArthur and his sons, Matt and Nick, love music and playing their instruments, which include everything from an Epiphone Mandobird to a 1970 Guild D-40 and a late-’50s Harmony “cowboy guitar.” 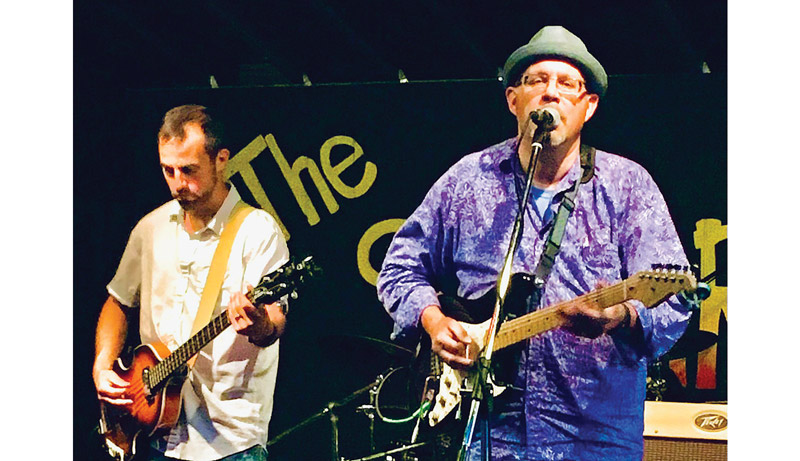 Though they live far apart, VG subscribers Steve Vuich and his son, Brandon, take every opportunity to perform together like they were in this photo from a pre-Covid world. “We stay connected by talking about guitars and music,” said Steve. 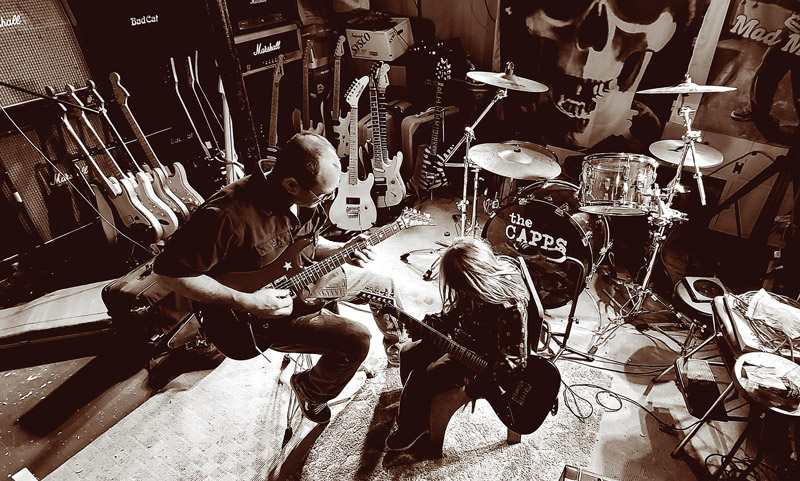 Eight-year-old Miles Blood and his dad, Jeff, enjoy jamming in their practice space. Miles is on an Ibanez Mikro, Jeff an ’88 Kramer Sambora. “Miles likes to listen to my old records and going down the Youtube rabbit hole to find music,” said Jeff. “His current favorites are Eddie Van Halen, Yngwie, Weezer, Gorillaz, and Weird Al Yankovic! The future of rock is secure.” 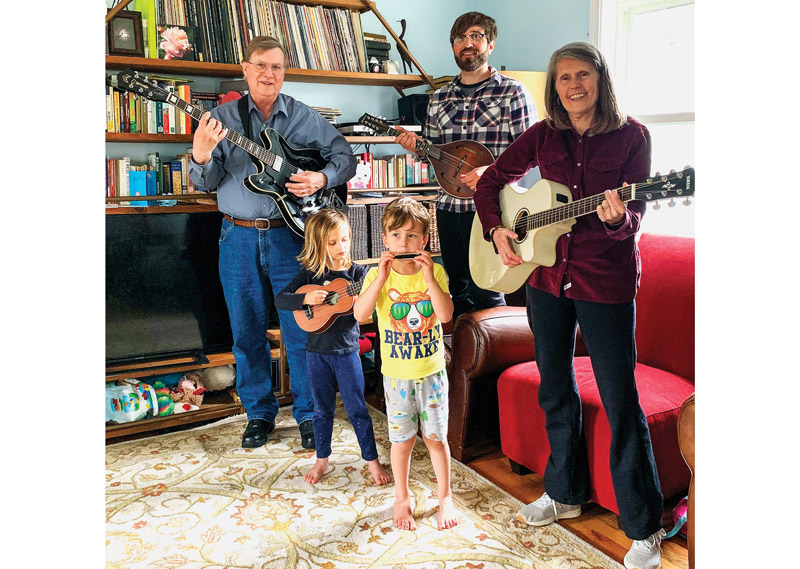 Paul Swanson grabbed his ’67 lefty Guild Starfire V for this shot with his granddaughter Abbey, grandson Wilder, son-in-law Ken, and wife, Pam. Daughter/mom Jessie, who plays classical piano, served as photographer. “Where did I go wrong with her?” Paul asks, jokingly. 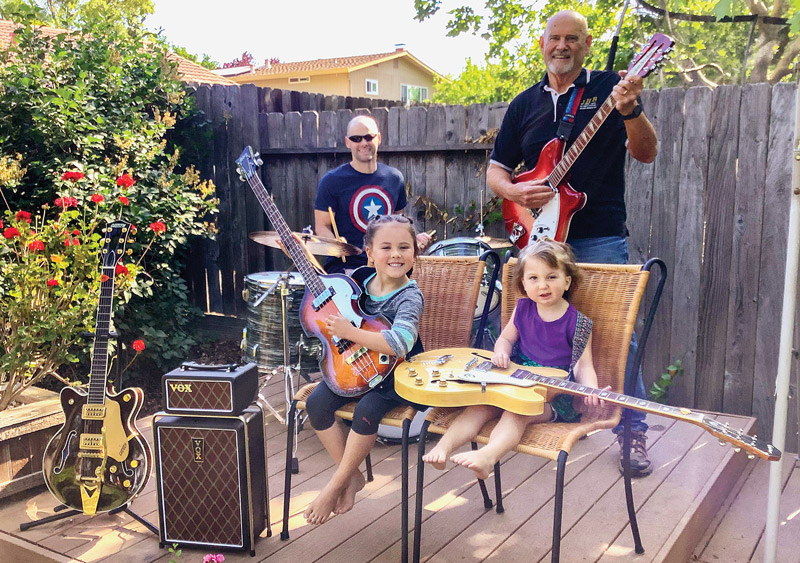 Scoring high for family style, here are Stanley Johnson, his granddaughters Kylie and Eliana, son, Dustin, and their Beatles-inspired gear.