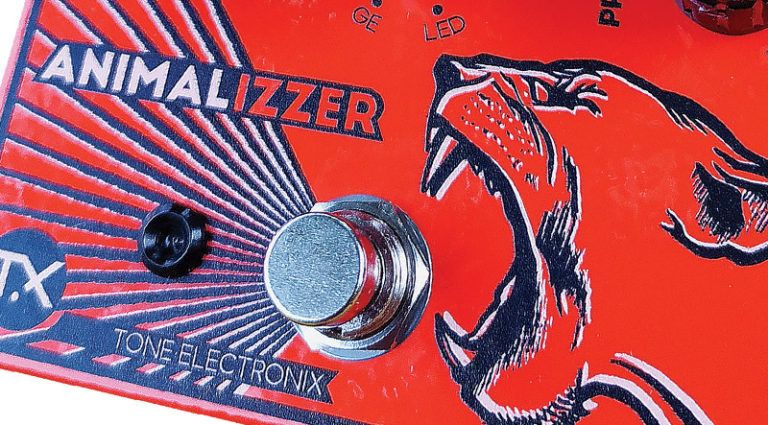 At first glance, Tone Electonix’s Animalizzer might appear to be a Big-Muff-style fuzz with too many knobs. A closer look is in order…

A Volume control and a three-band EQ get the user wailing out of the gate, but it’s the Pre-Gain and dual Stage controls, each with multiple clipping diode selections, that adjust the amount of low frequency and clipping options. These were designed to sculpt a bevy of sounds, from smooth overdrive to angry mayhem.

Both silicon and Germanium diodes are at the guitarist’s beck and call, with fully adjustable Pre-Gain and lots of clipping options. Users have control over an EQ that ranges from Eric Johnson’s warm wall of majesty to garage punk night terrors.

The Animalizzer cuts, does the gnarly, uses a 9-volt adapter, and is incredibly musical. It’s a versatile stompbox for boutique-level overdrive, distortion, and fuzz that can be crafted to the user’s whims; spend a little time with it and you’ll discover a fully adjustable, all-in-one grunge machine that produces a feast of dirty sounds.