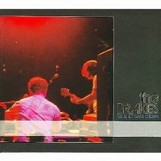 The Brakes are a Philadelphia rock/pop band that recorded live dates in both New York and Philly. From those shows, they got the 12 cuts here. The positive side of all this is that it works; the music shifts between Beatlesque pop and rock to spacey excursions that mix country, soul, rock, and pop in equal amounts.

Guitars are a huge part of the sound of this five-member band. Subtle bends, punchy rhythm guitars, and a massive solo over the grinding rhythm guitars propel “Supermarket.” “Big Money” starts with a slightly wahed guitar figure moving into a harmony guitar solo and a fine vocal before ending in a rocking blues. The solos, by various members of the band, frequently lean toward the melodic. Cuts like “State of the Union” employ great bends and double-stops on the solos, while slide guitar floats beautifully above everything. Pedal-steel-style licks dominate some tunes, especially the country/rock of “Boat Trip.” Just when you get used to that part of the song, an amazing Beatles-style harmonized solo takes over in the middle. Repeating guitar figures dominate the spacey ballad “Who Am I to Be,” while the whimsical “Cigarette in the Rain” is driven by jangly rhythm guitars and a fine vocal.

While pushing a bunch of songs on a live record may not seem like the way for a rock band to start a career, it seems to work for the Brakes. It might seem like an odd thing to say, but it’ll be fun to see if they can be as clever and creative in the studio as they are on this record. –

Don Rich and the Buckeroos – Country Pickin’: The Don Rich...