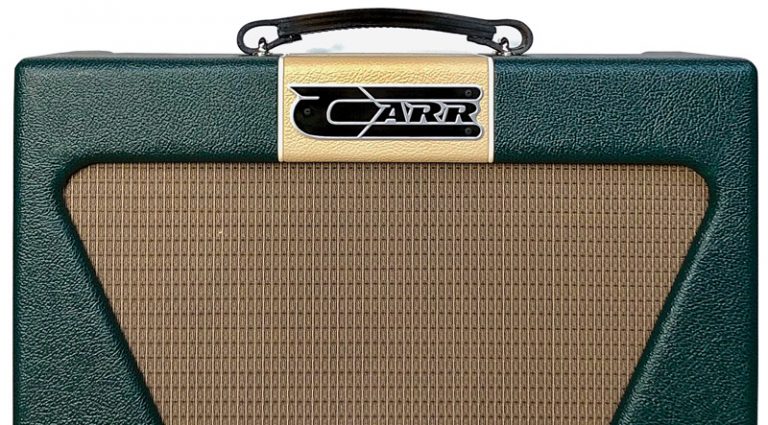 Inside its chicken hatchery turned amp shop in Pittsboro, North Carolina, Carr Amplifiers has hatched another beauty in the low-watt/single-channel Super Bee.

With three distinct voices plus a wattage attenuator to deliver its supremely satisfying tone at volumes that won’t frighten the children, the Super Bee can also provide a good scare; just turn off the attenuator and let it roar at 10 watts – “the new 100” – which will fill any small club with sound, and your heart with glee.

The basic concept was to draw on a cherrypicked set of Fender-based tones from the blackface era and make them available under one roof. But Steve Carr is an originator rather than a replicator, and with the Super Bee he captures what those ’60s models could sound like in cases when circuitry and tube complements aligned just right, or when amps were modded to be more fierce than they were coming off the production line.

We tested the 1×12 Super Bee with its Carr Valiant speaker (a 1×10 is available with an Eminence Copperhead). The amp’s Stinger rotary switch selects between 64 (the scooped sound of an early Deluxe Reverb), 68 (round and balanced, like a Super Reverb), and 72 (more aggressively driven, as if modded with an extra gain stage, in the vein of an SRV mod). A range of sweet, angry, creamy, and crisp tones becomes available well beyond those considered characteristic of Fender.

For max headroom, you’ll want to be set at 10 watts. Toggling to Attenuator mode, you can taper from two all the way down to zero watts. The magic can happen at any listening level, as the output section’s namesake 6BM8 tubes, little titans that they are, can be worked hard even when you’ve attenuated to a fraction of a watt. The ability to re-create this amp’s full-bodied, warm tone at very low volumes makes the Super Bee a gem for late-night practicing or miking up to record in any setting. You probably never knew one little watt could make you so happy.

Hand-wiring, hand-built cabs, premium components, superb craftsmanship, and attractive design are all hallmarks of Carr amps. And the Black Wine vinyl on our test amp (other cover colors are available) was nearly as pretty to see as to hear.