If you were a Detroit kid in the 1960s, it was impossible to cruise Woodward Avenue and not hear a Bob Seger song rattling someone’s dashboard speakers.

Yet despite a string of local and regional hits, starting in January 1966 with “East Side Story,” national recognition proved elusive to Seger. “Ramblin’ Gamblin’ Man,” in 1968 briefly pierced the national Top 20, but Seger would spend eight more years releasing one brilliant album after another and touring incessantly, playing inspired, passionate performances, often to small, unappreciative crowds.

Finally, in 1976 Seger broke through with the one-two punch of Live Bullet, and six months later, Night Moves.

Rewind to early ’73, Seger had just released the Back In ’72 album, formed a new band, and was working his magic in bars, drive-in movie theatres (where the projection booth served as the stage), and one night in St. Clair Shores, Michigan, Lakeview High School.

Though the auditorium was packed, the flowery handbills on the wall announcing the senior talent show made the venue seem an unlikely place for a rock concert. The only lighting was an old follow-spot next to the mixing board.

Seger’s Borneo Band was in place when the houselights dimmed. Without announcement, it launched into “Back In ’72.” Seger paced to the microphone at center stage just in time for the opening line: “Been out of Northport, hung up on her short shorts, livin’ with my bottle of wine…” With hair to the middle of his back, dressed in a camel-hair sport coat and flanked by backing vocalists Marcy Levy and Stony Reese, the audience was treated to a more focused, polished show than Seger had ever done.

The Borneo Band was perfectly suited to the more sophisticated arrangements Seger had begun to explore. This band did not have a bass player, relying on keyboardist Dick Sims’ bass pedals to shake the auditorium on raucous numbers like “Bo Diddley” and Van Morrison’s “I’ve Been Working.” “Bo Diddley” also featured percussionist, Sergio Pastoria’s taut conga and timbale work, as well as Tom Cartmell’s jazz-inspired sax solos, honking and squealing and playing alto and tenor sax simultaneously!!

The stellar musicianship framed Seger’s tremendous vocals. His voice – raspy and weathered – was amazingly supple, covering baritone range to high tenor, effortlessly jumping octaves to punctuate lyric lines. Even in the upper register, it was thick as molasses, and ballads like “Turn The Page” revealed a low, resonant voice Seger had not shown before.

Though Seger had been the sole guitarist on his earlier work, by ’73 he was focused on singing, leaving most guitar chores to Drew Abbott. Seger did strap on a ’72 Fender Telecaster Thinline for “Turn The Page,” and used a worn Les Paul Junior for some Elmore James-inspired slide work on “Rosalie.” Seger plugged into a Fender Super Reverb, while Abbott used a P-90-equipped Les Paul through two silverface Super Reverbs. Abbott’s playing was spare and lyrical, but revealed a fiery, Albert King-filtered through Hendrix vibe. He burned on Bobby “Blue” Bland’s “Turn On Your Lovelight,” which also featured Cartmell’s dual-sax technique. Seger’s vocals on “Lovelight” were controlled, but dynamic. Organist Skip Van Winkle commandeered Sims’ Hammond B-3 on “If I Were A Carpenter.” His skilled work, coupled with Seger’s vocals created a unique soul/folk version of the Tim Hardin classic.

Seger’s intensity brought the show to a fever pitch by the closer, “Ramblin’, Gamblin’ Man.” Marcy and Stoney’s vocals gave the ’60s garage classic a firebrand gospel feel, and Pastoria’s congas and timbales lent an Latin flavor to the arrangement. It felt like being pounded in the chest when drummer, Jamie Oldaker’s kick drum locked in with Dick Sims’ pedal bass to propel the song’s rhythmic drive.

The crowd got them back for the first encore, “Let It Rock,” where Seger began call-and-respond “Do you wanna rock,” with the audience. During a second encore, the band did a jump/gospel version of “Will The Circle Be Unbroken,” with Marcy and Stony sharing lead vocals on the second and third verses, and a few audience members onstage clapping and singing along.

As the house lights came on, Seger and the band emerged for a third encore before an elderly lady came out of the wings, touched Seger’s arm, and over the PA you could hear her say, “I think we’d better stop now.” Without missing a beat, Seger said, “We’re gonna do another one,” and launched into a Memphis-groove version of Jackie Wilson’s “Higher and Higher.” Again, trading lines with Marcy and Stoney for a saucy, three-way lead.

This was one of those rare nights when musical magic permeated the air in the most inauspicious of surroundings. There were no media there to write about it, no film crew to film it. But it was felt by the fortunate few.

Later that year, the nucleus of The Borneo Band – Sims, Jamie Oldaker on drums, and backing vocalist Levy, all joined Eric Clapton for the 461 Ocean Blvd. album and stayed on until the dawn of the ’80s. Clapton’s version of “I Shot The Sheriff” displays the groove this band developed with Seger. Sergio Pastoria went on to tour with Carole King, Stony Reese has served as lead vocalist for Little Feat and toured with Seger for close to 30 years. Tom Cartmell, Drew Abbott, and Seger founded the Silver Bullet Band and forever chiseled in stone their place in the rock and roll pantheon. 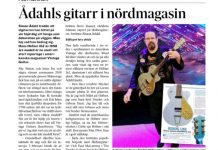