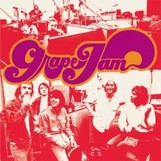 When Columbia/Legacy released the single-disc Listen My Friends! The Best Of Moby Grape, the label made the mistake of dubbing a career overview a “best of” – when nearly everything the band did that can be termed best or essential was on its self-titled 1967 debut. In fact, for 1993’s infinitely better two-disc anthology, Vintage: The Very Best Of Moby Grape, the same label wisely devoted its first disc to that 13-track debut, along with outtakes and live tracks – condensing the best of the rest onto Disc Two. (Listen on the other hand, includes only six songs from Moby Grape.)

Vintage remains the best bang for your buck when it comes to the early-peaking Grape, but it’s nearly impossible to find, unfortunately. Sundazed’s expanded reissue of the group’s first album (with original cover art intact) neatly fills that void, while completists are advised to approach the remaining four discs cautiously.

Though part of San Francisco’s psychedelic scene, the band was equally adept at country-rock, soul, hard rockers, and beautiful ballads. Sporting a three-guitar arsenal, with Jerry Miller handling most of the leads, the band boasted five excellent vocalists, every one of them a fine songwriter. As that classic’s producer, David Rubinson, says, “They were the best American band I’d ever seen. And they were all great songwriters!”

Columbia perhaps shared Rubinson’s view too much, releasing five singles (10 of the album’s 13 songs) simultaneously. Whether it was enthusiasm, naivete, or arrogance – after all, the Beatles had crammed several singles onto the Top 10 – the plan didn’t work. While the LP reached a respectable #24 on Billboard‘s Pop Albums chart, only “Omaha” reached the lower regions of the Hot 100.

That spirited anthem was courtesy of Skip Spence, around whom the band was formed when he quit his gig as Jefferson Airplane’s original drummer to return to singing and playing guitar. Former surf guitarist Peter Lewis (of the Cornells) contributed the frenetic “Fall On You” and spacey “Sitting By The Window,” while bassist Bob Mosley’s “Mr. Blues” and “Come In The Morning” had a distinctly R&B feel. Miller and Don Stevenson, bandmates from the Frantics, a Seattle cover band, collaborated on the countrified “Ain’t No Use,” the lyrical “8:05,” and the album’s hardest rocker, “Changes.”

A variety of factors, from shady management to mental instability (the late Spence became increasingly erratic during the dates for the second album), contributed to Grape’s downward slide – not to mention the fact that they’d set the bar impossibly high. The followup, Wow/Grape Jam, was not one but two exercises in excess – not a double-LP as much as two separate concept albums packaged together.

Moby Grape ’69 and Truly Fine Citizen saw the band shrink to a quartet, then trio. While not without merit, they’re uneven exercises in frustration for anyone whose hopes were raised after hearing such an auspicious debut.