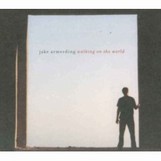 Jake Armerding’s third solo release has a wider musical scope than his earlier releases, but his songwriting is more focused, articulate, and poignant.

The three strongest songs on the disc have the letter F featured prominently; “Falling In” tells a tale of an evening spent in a Liverpool pub. The verse’s melody draws from Celtic modalities before cascading into ’60s pop confectionary chorus. “Flirting” begins with a bluesy a capella vocal line soon joined by funky jazz bass, as Armatrading swings through a first-hand account of the beginning adrenalin-filled steps in the courting ritual. “The Fleece” has a killer opening hook by Dan Dugmore, and the chorus – “Help me now, Lord, for I never, never need the one I want. Teach me now, ’cause I never, never want the one I need” – rides on an addictive melody that must sung when heard.


This article originally appeared in VG‘s Aug ’07 issue. All copyrights are by the author and Vintage Guitar magazine. Unauthorized replication or use is strictly prohibited.
Current Issue