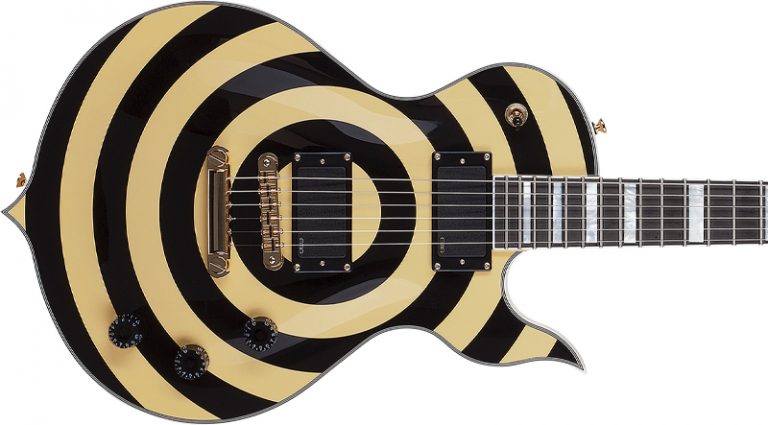 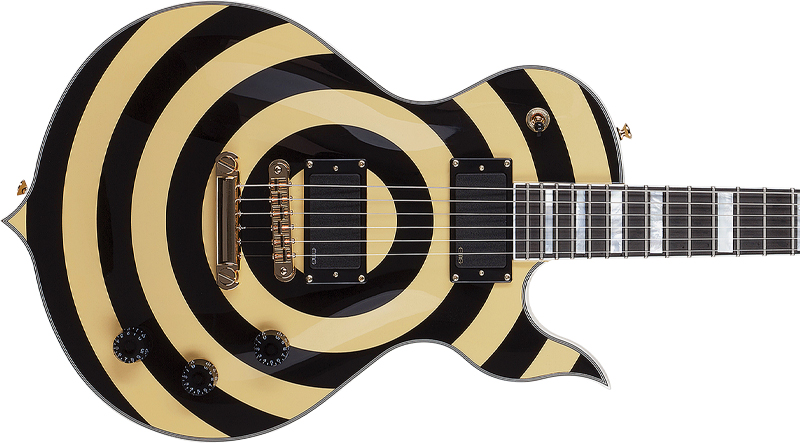 Zakk Wylde emerged from New Jersey in the late ’80s to give Ozzy Osbourne’s music a style and attitude unlike that of any guitarist before him, using an approach spawned from the Allman Brothers, Black Sabbath, and Randy Rhoads.

His debut on No Rest For The Wicked introduced a dynamic chemistry between guitarist and singer that lasted through three decades. Today, Wylde’s picking propels heavy-metal churners Black Label Society and he guides Wylde Audio, designing gear that shares his aesthetic sensibilities.

The company’s Odin Grail Genesis Bullseye has a single-cut mahogany body with flame-maple cap, three-piece maple neck with a C shape, bound ebony fretboard with a 24.625″ scale, 14″ radius, and 22 extra-jumbo frets. The guitar is distinguished from other “Les Pauls” with a sharp, down-curved treble-bout point, curved tip near the strap button, and oversized mother-of-pearl block inlays.

A TonePros tune-o-matic bridge and Grover Rotomatic machine heads in gold work in conjunction with a GraphTech Tusq nut for tuning stability. A three-way toggle, two Volume knobs, and a master Tone control operate an EMG 85 pickup in the neck position and EMG 81 in the bridge; the 85 uses two Alnico-magnet coils with a wider aperture to give the upper and lower EQ spectrums a sweeter thickness while the 81 has a ceramic magnet and higher output. Both offer a range of sounds with no noise, yielding subtle midrange timbres, very usable compression, and a seamless transition when switching.

The Odin is ’70s-heavy, powerful, and yields hearty cluck in the middle position, angry bark in the bridge, and warm-but-brusque personality in the neck position. Clean tones are an excellent complement to fine-tune the sound of a high-gain amp.