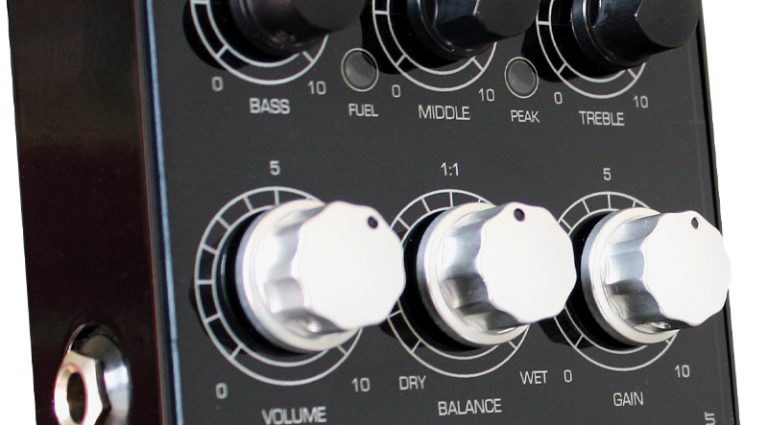 Chalk up another score for Italian innovation. Chicco Bellini and his company, Gurus Amps, are among the top dogs in the Italian gear market. They’ve also been gaining steam worldwide since the release of their most popular pedal, the Echosex 2, a few years ago.

The SexydriveMkII is a reissue of Gurus’ first pedal, the Sexydrive, with additions for further tweaking. It also conforms aesthetically to the Gurus look, with a Plexiglass faceplate that makes it feel premium and unique. On the front, the SexydriveMkII features a passive three-band EQ, the standard Volume and Gain controls, and a Balance control that gives you the ability to mix in your dry signal with the distorted one, essentially adding more shades to an already impressive palette of overdrive colors.

Like its predecessor, the SexydriveMkII seeks to emulate the crème de la crème of driven amp and overdrive tones, mixing influences from the Dumble Overdrive Special and Klon Centaur. A few hours with the pedal left the impression of an overdrive designed by a hi-fi specialist – meticulously sculpted in all frequencies, with enough compression to make it feel tight but not noticeably squashed. With the gain cranked up, it responded to changes in dynamics with a nice smooth bite. The Balance control adds an interesting functionality to the drive characteristic; mixing in more of the dry signal makes the pedal feel bouncier and clearer, while mixing in more distorted signal makes the overall sound smoother (high-end doesn’t peek out as much).

I found the sweet spot a few ticks above the 1:1 clean-to-distorted ratio, where it had enough dynamics and compression to sound like a classically smooth overdrive, but the added detail of a good clean tone lying right underneath.