Home Music Asleep At The Wheel – Reinventing The Wheel 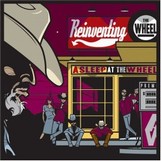 Since their inception 37 years ago, Ray Benson and the Wheel have been the torchbearers of western swing. But in its first decade, the band was equal parts Bob Wills and Commander Cody – a freewheeling, expanding and contracting aggregation spotlighting singers and players who, like the Wills and Cody outfits, were as colorful as they were talented. And, depending on where the dance floor was located, they were the best dance band in the country – western swing’s equivalent of Clifton Chenier’s Red Hot Louisiana Band.

But over time, members inevitably went on to other pursuits – bassist Tony Garnier joining Robert Gordon and then Bob Dylan; pianist Floyd Domino finding work on Broadway, in Nashville studios, and on Waylon Jennings’ tour bus; singer/guitarist Leroy Preston becoming a successful songwriter; steel guitarist Lucky Oceans moving to Australia; and singer extraordinaire Chris O’Connell retiring. The band became more homogenized – partly as a result of the personnel changes, partly as a conscious business decision to focus on the group’s leader and only constant: the towering guitarist with the cowboy hat and smooth baritone.

Commercially, it worked, as the Wheel continued to rack up Grammy awards – in recent years for its cameo-filled tributes to Wills. But gone was that gonzo spirit – the Cody element that had made the band what it was.

Times are different, and that may never return, but on the aptly titled Reinventing The Wheel the group reclaims its multi-pronged, three-vocalist approach, with Elizabeth McQueen and fiddle prodigy Jason Roberts getting almost as much face time as Benson. And the repertoire opens up to include Mose Allison’s “Your Mind Is On Vacation” and Marshall Tucker’s tropical-flavored “This Old Cowboy,” with the Blind Boys Of Alabama supplying backing vocals on “The Devil Ain’t Lazy” while Benson trades solos with Eddie Rivers’ steel guitar.

Not every choice hits its mark. McQueen’s reading of “I’m An Old Cowhand” is no match for Maryann Price’s hip rendition with Dan Hicks (and the Wheel, during her stint with the band), but her campy take on “I Don’t Care If The Sun Don’t Shine” (most associated with Elvis Presley’s Sun era) works well.

This article originally appeared in VG’s Jan. ’07 issue. All copyrights are by the author and Vintage Guitar magazine. Unauthorized replication or use is strictly prohibited.

Coco Montoya – I Want It All Back

Evan Johns & The H-Bombs with Danny Gatton – Showdown At...