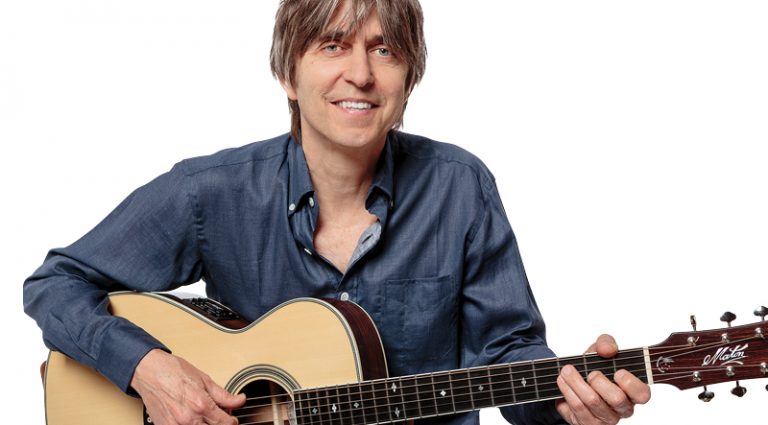 Eric Johnson digs deep. Not in the way that guitarists will explode an artery to nail the ultimate epic guitar solo or clone the microscopic nuances of Stevie Ray Vaughan. EJ is about truth and beauty. If you’re still referencing Johnson’s fastidious predilections regarding guitar effects, 9-volt batteries, and studio perfection as a punch line, stop it. That was a long time ago.

Johnson has been refining his artistry by crafting his music more organically. That reached its zenith on the transcendent Europe Live, an album that says it all. His intervallic magic, compositional invention, and visceral virtuosity is all over that record. Refusing to repeat himself, the introspective guitarist chose to return to the essence of what the guitar is about – the song. It was the heartfelt song that drew Johnson to the guitar in the first place.

In an industry where dropping technical buzzwords and acquiring gadgets has taken precedence over making good art, Johnson’s latest explores the purity of acoustic performance. EJ is his first acoustic album and it offers insight into his acoustic sensibility and the singer-songwriters of his youth. Forgoing the meticulous process of his early recordings, nine original compositions and four cover songs were recorded live to convey Johnson’s connection to his humanity.

Intimate, but wielding the kind of musicianship that has made Johnson famous, the album kicks off with the Simon and Garfunkel classic “Mrs. Robinson.” Johnson plays with dazzling effortlessness as earthy polyphonic lines intertwine with brisk rhythms and grin-inducing melody. Johnson doesn’t just copy the song, he owns it.

He does the same with Jimi Hendrix’s “One Rainy Wish” as he incorporates dreamy female background vocals, a piano solo, and a perky Americana-style chorus.

His original compositions “Fatherly Downs,” “Wonder,” and “All Things You Are” bring together voice and acoustic guitar seamlessly. Johnson’s highly developed acoustic style displays a tip of the hat to James Taylor but with a higher degree of virtuousity. He performs these compositions without ever overwhelming the song’s sense of flow or sentiment.

On “Once Upon A Time In Texas” and “Song For Irene,” Johnson, also known as a student of the guitar, combines the contrapuntal signatures of Chet Atkins and Merle Travis to great effect on two entrancing instrumentals.

“Wrapped In A Cloud” is the album’s acoustic ensemble centerpiece. Beautifully arranged, lush, and ethereal, it includes cello and percussion. It typifies Johnson’s musical compass to create and invite with a deeper understanding of self, clarity of consciousness, and fulfillment.