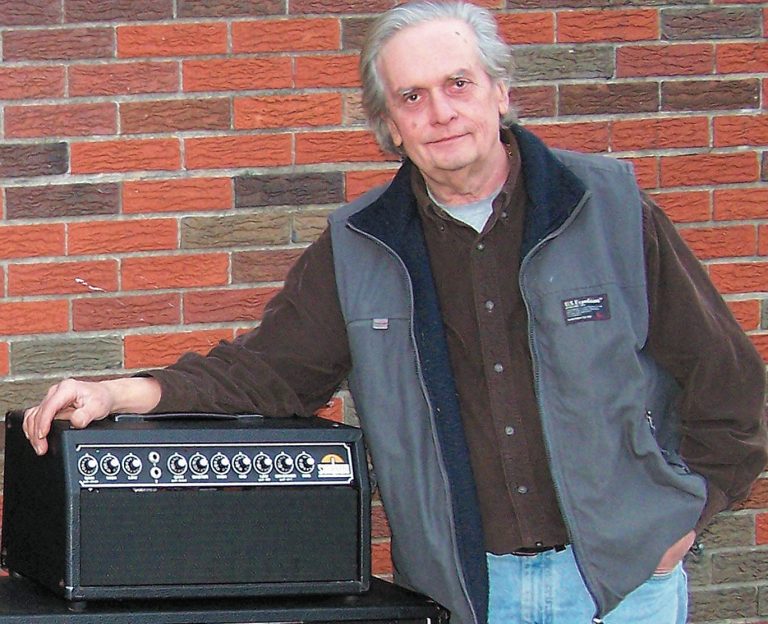 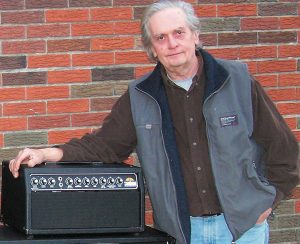 Dennis Kager, a renowned electronics wizard who influenced the design of Ampeg amplifiers and created Sundown amps, died August 14. He was 75.

Kager played guitar in bands as a teen before a deepening fascination with electronics turned him to the technical side of guitar amplifiers. In April of 1964, he began working as a product tester for Everett Hull at Ampeg; at the time, Kager was gigging three nights per week through a Fender Concert and when co-workers learned of it, they asked why he wasn’t using an Ampeg. Kager’s response – and subsequent design input – shifted Ampeg’s super-clean jazz amps in a new direction, giving them bite and punch more like that of Fender’s.

Kager moved to setup and repair of guitars in Ampeg’s service department, then began to fix amps. Before long, he’d been promoted to service manager. In 1966, he designed Ampeg’s “horizontal” bass, for which he earned his first patent.

Subsequently, he was building a side business doing amp repair at his home. In ’67, he co-founded Dennis Electronics with Dennis Bonk and he soon after started working half-days at Ampeg and longer hours at home. That scenario lasted until 1970, when Kager left Ampeg to focus on Dennis Electronics, which by then had built a clientele that included several musical-instrument dealers in New Jersey. In ’73, they moved to Union City, where they became the New York service center for Fender, CMI (parent company of Gibson), and Studio Instrument Rentals (S.I.R.).

In the early ’80s, Kager set out to design a versatile “working man’s” guitar amp with discreet channel switching, a bias circuit that allowed it to be adjusted from 15 to 100 watts output with a dial (another design for which he received a patent), and a post-phase-inverter Master Volume. He put it in a small 1×12 combo and called it the Sundown. Though distributed by Hoshino (makers of Ibanez guitars) and endorsed by James Burton, Allan Holdsworth, and John Scofield, the high-end amp struggled to find a market.

In ’88, Kager sold his ownership in Sundown Technology Inc., and returned to repair work as Central Jersey Music Service in space at Lou Rose Music, Edison, New Jersey. The shop was the regional service center for several companies including Fender. As Dennis Kager Electronic Design, he also continued to design amps including for Pignose, Yamaha (where he worked on a line with Michael Soldano), and Gorilla U.S.A. In the mid ’90s, he worked with Joe Naylor to design the Reverend amp line. In 2005, Loud Technologies hired Kager as a consultant on its Ampeg SVT-VR vintage reissue. From ’05 until his passing, he consulted with ValveTrain Amplification founder Rick Gessner and helped Electroplex Amps president Don Morris locate materials and other resources for manufacture. In the last five years, he designed a single-channel/two-6L6 15-50 watt combo with mode switching and master Volume, dressed in blond tolex with wheat grille.