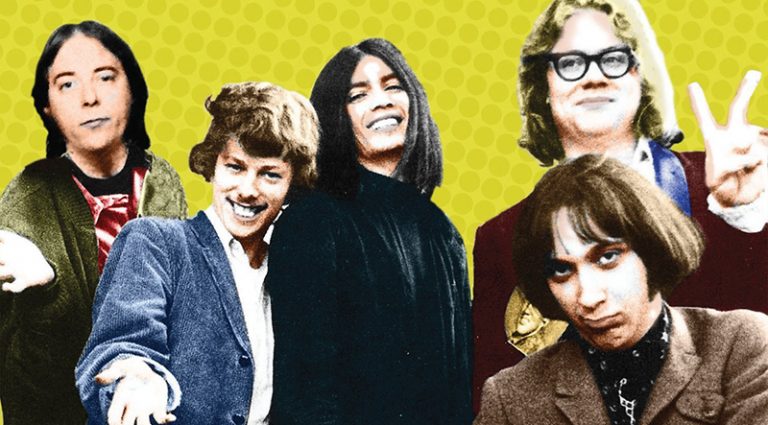 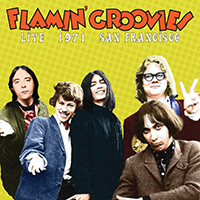 Flamin’ Groovies are best known for the ’76 power-pop gem “Shake Some Action,” but this show – recorded five years earlier at the final Fillmore West concerts – couldn’t be more different. It’s blunt three-chord rock, somewhere between the Seeds, MC5, and the Rolling Stones. The live tape’s audio fidelity is lo-fi and raw, but still it rocks.

Fronted by guitarists Cyril Jordan and Ray Loney (who left soon after), the set opens with a pummeling cover of The Who’s “I Can’t Explain,” while Chuck Berry’s “Sweet Little Rock ’n’ Roller” is converted into a punky rave-up, full of snarl and chunky riffing. The joyous “Doctor Boogie” speaks to ’50s rockabilly and the Sun Sessions – all the more ironic as this Flamin’ Groovies gig came in post-psychedelic San Francisco of the early ’70s.

The 10-minute “Slow Death” sports greasy and none-too-proficient slide guitar (as well as a perfectly Neanderthal bass solo), but it’s right in the sloppy spirit of things. Other covers include the frat anthem “Louie Louie,” “Walkin’ The Dog,” and another Who nod, “Shakin’ All Over,” as well as the controversial original “Teenage Head.”

Call the Flamin’ Groovies proto-punk or garage rock, but this live shot is a raucous rock and roll explosion.