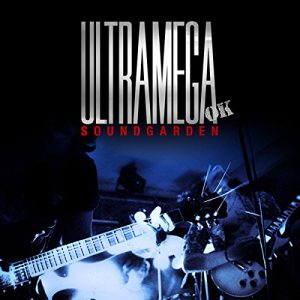 If Mudhoney mined the irreverent punk yang of the “grunge” sound that began seeping from the Pacific Northwest in the late ’80s, Soundgarden dredged its sludgy proto-metal yin – through a somewhat inauspicious start.

Unhappy with the production of their 1988 debut LP Ultramega OK, Soundgarden sought corrective measures but soon were waylaid by their search for a new bassist and commitments to a new label, A&M. This year, the album finally gets its long-awaited remix courtesy of iconic hometown engineer Jack Endino and label SubPop.

Guitarist Kim Thayil’s Eastern-drone opener to “Flower” and the lockstep guitar-and-drum riff that follows foreshadow the metal side of the “Seattle sound” that breached the mainstream a few years later. Not to say Soundgarden dismissed the punk side of the grunge equation – the brisk “Circle Of Power” and “Head Injury” no doubt sat nicely alongside period hardcore labelmates. But the standout might be “All Your Lies,” which comes off like Budgie on trucker speed, reminding listeners of metal’s deeper roots.

This redux is also a potent reminder that in ’88 guitarists like Thayil were rare life buoys in a sea of Aqua Net and spandex.