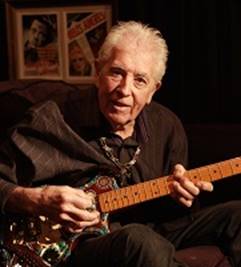 Blues Hall of Fame member John Mayall has slated a tour with a band playing in trio format with Greg Rzab on bass and Jay Davenport on drums. The effort will support his forthcoming album, Talk About That set for release in early 2017 and including Joe Walsh on two tracks. Mayall will tour the U.S. through late fall. To learn more, visit johnmayall.com.