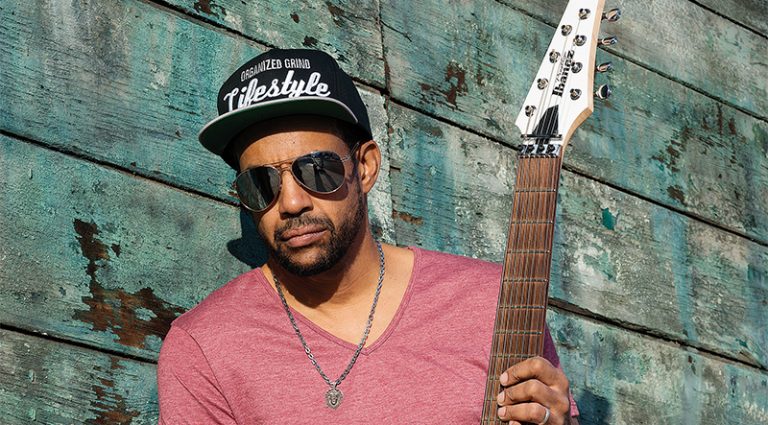 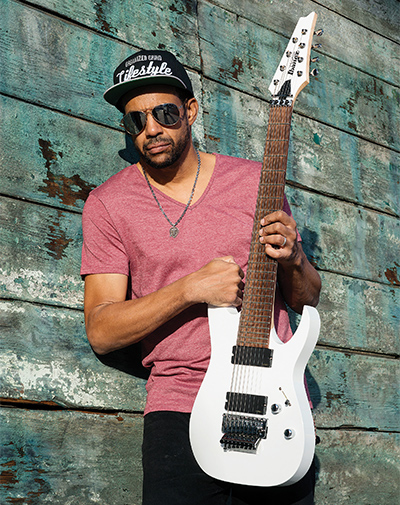 If you’re going to play neo-classical guitar, nothing beats having a conservatory education. Guitarist Tony MacAlpine has that and is partially responsible for the neo-classical shred boom of the 1980s. But don’t hold that against him. While guitarists have imitated his style, MacAlpine raises the bar by challenging his own abilities and compositional vision. His newest album, Concrete Gardens, shows how inspiration and talent can change a genre.

How much of Concrete Gardens is just you with ProTools and a guitar?
I wrote the entire record by myself, with a drum computer. I stopped doing demos in the late ’80s, and when I start playing, I’m really set up to build something. Whatever ends up on that first recording ends up on the album. I was finding that the demos were always better than the record; the first time you play something, there’s a lot of energy because it’s a very new idea. I just preserve that, then start bringing in musicians.

This time, I sent tracks to Brazil and had engineer Adair Daufembach record the drums. I also had Marcello Pompeu and Heros Trench. The bass parts were sent to different guys, then we got Jeff Loomis to do his solo. He’s a great player and it was a lot of fun having him on the record.

Your music changed between 2001’s Chromaticity and 2011’s Tony MacAlpine. This newer style continues on Concrete Gardens. What happened?

I spent a lot of time working with other musicians. It’s always been beneficial to me. I played with French pop star Michel Polnareff and did all kinds of different things. All these different things give whatever your focus is a new outlook and burst of energy.

I didn’t really have many new ideas and I certainly didn’t have anything I wanted to record. I just wanted to get more enthusiasm toward it. I took a break and played in different styles, and played with Bunny Brunel and Dennis Chambers in the CAB band for a while. It really helped me, so when I came back to the construction of the tunes, I had a fresh outlook. It’s what it takes for me.

Many guitarists are still copying the vocabulary created by you and Yngwie Malmsteen, but you’ve continued to move that style forward.
Each time I get ready to do something, I definitely don’t want it to be a repeat of something I’ve done before. I take advantage of a lot of recording techniques that we have that we didn’t have 20 years ago. It makes playing this stuff live – and recording – more challenging and fun.

If I write a piece of music on the piano, I have to learn to play it on the guitar. Sometimes, the execution is difficult, and that in itself is how I go about it. I’m reading music rather than just playing scales. I’m always reading new piano literature.

Does the new album have an overriding theme?
I’ve never approached a record I’ve written with any type of demands or expectations. I just write and try to get a collection of songs when I have the energy to do it. It’s really free of any kind of concept. Music is a lot of work, especially with composition and putting it together. Also, you’re developing a relationship with the material that you’re trying to put together.

Great work evolves with the participation of other musicians. That’s when it really starts to grow. For that reason, I used different bass players. I wanted to have the same time-keeping sound, but have a variety of bass sounds.

People associate you with Hughes & Kettner amps and seven- and eight-string guitars, but they miss that you’re a big wah user.
I could never do the “Theme From Shaft” very well (laughs). I’ve always liked the wah pedal. It’s a great tone-shaping thing. You can really do a lot of stuff with it and for certain songs you can add a lot of color, that otherwise might blend in with other instruments.

You’ve consistently recorded a classical piano composition for your albums.
When you’re doing guitar records, you’re challenged because you have to find a solo piece that’s not so long. It has to fit on the record. There’s not a lot of pieces that you can do. That’s the challenge. Out of the “Chants Polonais,” by Chopin, two have always been my favorite. I’ve played them all, but I loved the way “Maiden’s Wish” was arranged. I thought it was pretty fitting.