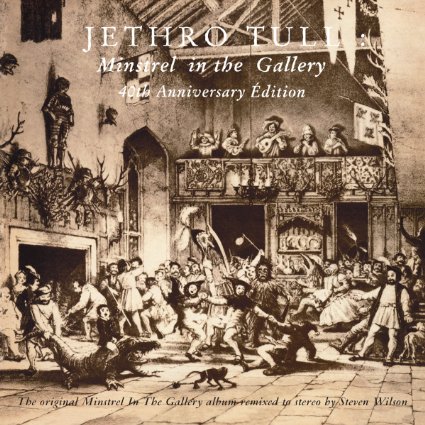 Jethro Tull’s 1975 masterwork gets the deluxe box-set treatment with all the trimmings. Packaged in a hardbound book cover, the set includes remastered tracks (with that classic “green” Chrysalis label); a fresh live recording from Paris in ’75; and two discs of DVD-Audio material with 5.1 surround mixes of the gig and album itself, the latter by Porcupine Tree’s Steven Wilson. Add to that a hefty, 80-page booklet packed with color images and track-by-track annotations, and you have a Tull junkie’s dream come true.

The album still sounds relevant four decades on. Back then, Ian Anderson’s mélange of hard rock, prog, classical strings, and Celtic folk was on the cutting edge, but you can still hear echoes of the sound in modern folk revivalists like Mumford and Sons, the Avett Brothers, and the Decemberists.

The title cut became an FM classic, thanks to the call-and-response of Anderson’s acoustic guitar and Martin Barre’s crushing Les Paul riff. “Black Satin Dancer” is one of Barre’s best moments in the entire Tull catalog, a long, ripping guitar solo, countered with cleaner electric melodies and his trademark Marshall-fueled riffing.

Anderson doesn’t get much credit as a guitarist, but his acoustic playing is as much a part of the Tull sound as Barre’s – check out “One White Duck/010 = Nothing at All” for proof.

As for bonus tracks, look for alternate takes, as well as rare BBC radio recordings of the title cut and ’70s guitar anthem “Aqualung.”

The Paris show from July 1975 is a treat, catching the band as they had become major headliners and spent the rest of the decade playing arenas around the world. Listen to Barre’s ferocious power chords and leads in “Wind Up,” “Locomotive Breath,” and “Cross-Eyed Mary,” as well as another 10 cuts.

If you love Jethro Tull, you won’t find anything lacking in this luxurious repackaging.