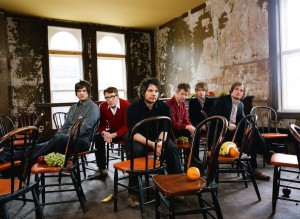 Tough to believe it’s been two decades since Jeff Tweedy reluctantly took the remains of the critically adored but ultimately doomed alt-country standard-bearers Uncle Tupelo and laid down roots for a Chicago-based band he would dub Wilco. Tough to believe, that is, until one takes in the epic sprawl of that band’s accomplishments, nicely nutshelled in this 77-track four-disc box of rarities commemorating their 20th (a 38-track “greatest hits, What’s Your 20, is also available).

AMF spans Wilco’s entirety to the present, beginning with warbly cassette demos Tweedy recorded in his future wife’s apartment and ending with a cover of Nick Lowe’s “I Love My Label,” originally released as a B-side to the band’s first album on their own label, dBpm. 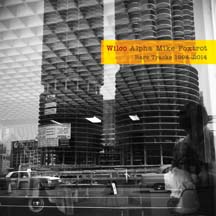 Along the way, the set takes in numerous lineup changes (13 touring and studio members; Tweedy and bassist John Stirratt remain the sole originals) and charts a transformation from overachieving twang punks who redefined the genre with their sophomore double LP, Being There, to a unit that some have argued to be the best American band of the new century – a metamorphosis aided in part by the late multi-instrumentalist Jay Bennett and Wilco’s current stable lineup (10 years and counting) featuring the likes of guitarist Nels Cline and drummer Glenn Kotche. And speaking of personnel, it’s worth noting that a listen to AMF reveals Stirratt’s gorgeously melodic bass lines as a constant anchor across Wilco’s career.

Throughout the box set, familiar songs are constructed (e.g., “Someone Else’s Song” on the aforementioned cassette recorder), deconstructed (a live punk version of “Passenger Side”), and transformed (e.g., “The Lonely 1,” featuring a crumpled and reversed tape of a trip to a corner bodega) before listeners’ ears.

And Wilco tracks aren’t the only ones. This collection is a fun romp through the mind of Tweedy the former record-store clerk, as represented by a selection of covers that Wilco has tackled. Included are takes on the expected, given Wilco’s Americana footing (Ernest Tubb, Flying Burrito Brothers, Dylan, Neil Young, Texas Tornados), and songs revealing their vinyl geekdom (Moby Grape, Big Star, Daniel Johnston, and even a respectable stab at Steely Dan).

If there’s one gripe, it’s that everything here has been released previously in some form. Indeed, many of these songs are familiar staples of past setlists.

This article originally appeared in VG‘s March’15 issue. All copyrights are by the author and Vintage Guitar magazine. Unauthorized replication or use is strictly prohibited.