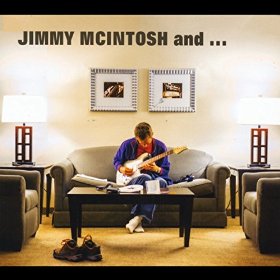 While guitarists in high-profile bands get the lion’s of share of publicity, the working stiffs who slug it out on local stages get no love. Las Vegas sideman Jimmy McIntosh is one of those working stiffs, and he deserves your affection. 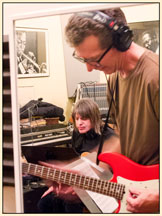 “Lavona’s Boogie” and “Letsco” showcase contrasting styles as McIntosh and Scofield improvise over NOLA second-line grooves in all their behind-the-beat glory. Stern is unmistakable on “PM Blues” and “Back2Cali,” as the two monsters converse eloquently within familiar New York fusion territory.

And… is also a great sounding record. Human interaction is prevalent. Wood plays with primitive economy on three cuts, while McIntosh is a consummate harmonic surfer à la Oz Noy, who can simplify or fuse out with interplanetary virtuosity. The spectacular rhythm section with Toss Panos on drums inspires, while McIntosh plays using his brain as well as his heart.