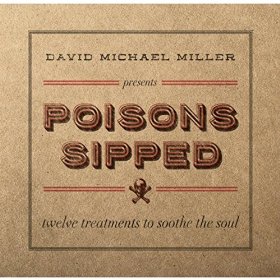 The latest record from David Michael Miller is a mixture of soul, gospel, blues, pop, funk, and everything in between.

Sometimes multiple styles of music come together in the same song, as in the transcendent “Hope Finds A Way.” The song starts as though you’re going to be listening to a loud country blues, but turns into an amazing soul tune with brilliant chord changes, great vocals from Miller that stretch from an earthy growl to a heavenly falsetto, and then dips back into country blues land. In between, a blistering guitar solo from Miller adds to the fun.

At least one song gives a hint as to some of his influences. “Diggin’ On Bill” is a funky tribute to Bill Withers with the kind of soulful vocals and tasty guitar that is everywhere here.

With soul dominating the record, Miller’s guitar soloing is fine, but it’s his rhythm playing that really forms the backbone to each tune. Sacred steel guitarists Chuck and Darick Campbell guest on several cuts adding to the soul quotient.

Miller’s a music veteran, but he never sounds old or bored.