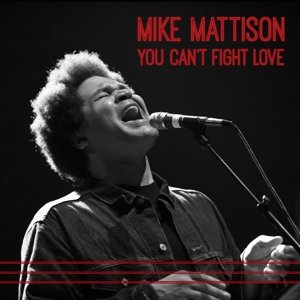 Mike Mattison is a veteran of the music wars, having for the past decade or so been the lead singer with the Derek Trucks Band and then moving to backup vocals when Trucks formed the Tedeschi Trucks Band with his wife. Here, on his first solo record, the emphasis is on soul music, with a couple sidesteps into gospel and country.

Mattison has also been known for his writing, most notably the beautiful “Midnight In Harlem,” which he sings here. The arrangement and vocal are stunningly soulful while the guitar playing is tasteful and never tries to compete with the version featuring Trucks’ incendiary playing.

The guitars on Mattison’s record are played by Paul Olson (his old Scrapomatic pal) and Dave Yoke. The guitar feel stays melodic and deep throughout; they stand out on “Gin House Blues” where the feel is gospel and the soloing is sweet.

It’s clear from this record that Mattison can fly on his own. But watching him with Tedeschi Trucks, one gets the feeling everyone’s having too much fun to break up that band.