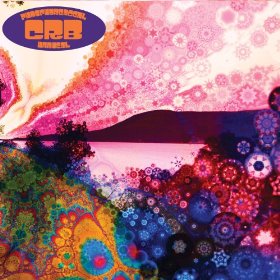 If you’ve lost touch with Chris Robinson since the Black Crowes’ slow down, his latest effort with the CRB is an opportune time to catch up on what’s become a most satisfying second act. This new album, the band’s third studio release, is a snapshot of a group growing securely into itself as a fine modern classic-rock unit.

The dudes are in a less jammy headspace here than previously. Taut, tuneful rockers and wistful ruminations get equal time. “Shore Power” is catchy Cali space-boogie and a highlight, as is “About A Stranger,” a little jewel laced with a Jerry Garcia vibe. When the band eases into the melancholy grooves of “Burn Slow,” “Clear Blue Sky,” and “Star Crossed Lonely Sailor” (a bonus track with the LP version and possibly the diamond among the entire bunch), things really shimmer.

Keyboardist Adam MacDougall adds bits of garage and new wave Farfisa here, Floydian synth fills there, and shines throughout. Neal Casal, who in the ’90s established himself as a gifted singer-songwriter and who co-wrote most of this album with Robinson, reaches tasty new heights in his newfound role as lead guitarist.

Meanwhile, the de facto face of Hippie 2.0, a true psychedelic achiever, Robinson delights as a leading minstrel of our times. Phosphorescent Harvest is a strong testament to that.