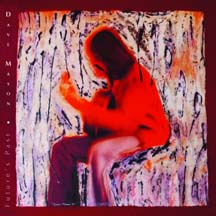 Dave Mason isn’t exactly a spring chicken anymore, but the 68-year-old shows the same skill and fire on his latest that has been present ever since he manned the guitar for Traffic way back when. This new album finds Mason reworking some of his past triumphs and features a couple new songs along with a live cut.

A new version of “Dear Mr. Fantasy” showcases his guitar style with some blistering fills and solos. It also sets up his always-soulful vocals in a way that make him sound like he’s still a young man.

Another Traffic cover is the album’s highlight. “You Can All Join In” keeps the joy of the original while adding some extra grit.

Mason also covers a couple of cuts from his underrated 1970 album Alone Together. “World In Changes” gets a world-music reworking, and “As Sad And Deep As You” has some lovely nylon-string guitar work.

He gets political on a new song, “That’s Freedom,” that expresses some views that may not sit well with the hippy crowd that grew up with him. But it’s a great message, accented by some spot-on lead guitar.