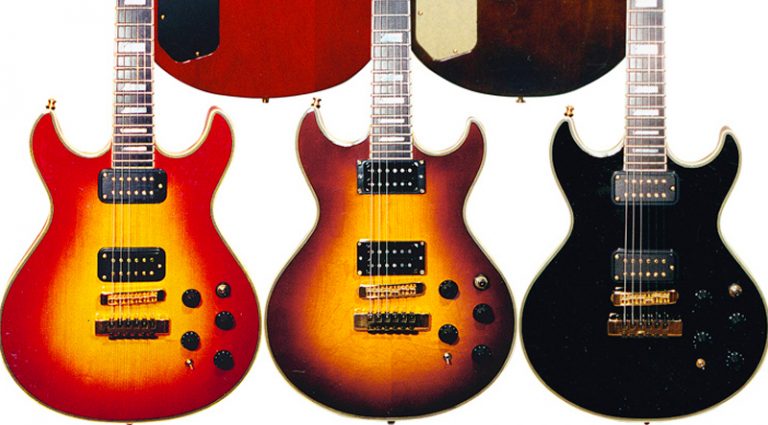 Dan Smith had an idea – a solidbody guitar with routed chambers that would provide unique resonant tonal characteristics. And he knew the shape he wanted.

In the early ’80s, Fender became interested in building instruments that would be viewed as high-quality alternatives to Gibson. Not copies, but highly playable guitars with versatile electronics and features. The company asked Smith for a concept, and what followed was an adventure to a line unique to Fender’s catalog.

Two of Smith’s designs were chosen for production – the Flame and the Esprit, with alder bodies routed with tone chambers, along with maple tops and set necks.

The Flame’s body is slightly larger than Gibson’s Les Paul and has slightly offset cutaways similar to the SG. Two special-design humbucking pickups were developed via Schaller, as was a tailpiece with fine-tuners. The intent was to offer an electronically versatile alternative to the Les Paul. 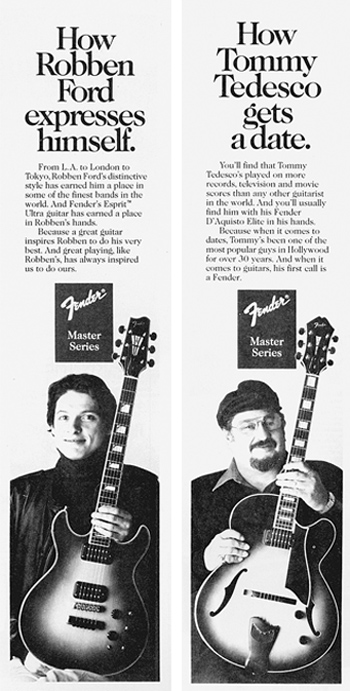 The Esprit’s body is slightly larger and has symmetrical cutaways; it was intended as an alternative to the Gibson ES-335. The two shared special-design Schaller humbuckers and a fine-tuning tailpiece. A third model was an archtop designed by the late James D’Aquisto, whose design included imaginative features and stands in testament to D’Aquisto’s creativity.

They were marketed as the Master Series, which would include three models of Flame and Esprit; the Standard was given dot inlays and chrome tuners, the Elite had diamond-flake inlays and pearloid-button tuners; the Ultra had split-block shell inlays, ebony-button tuners, and gold hardware. Finish options on the Standards were Black, Autumn Sunburst, and Cherry Sunburst. The Elite and Ultra were also available in White or Pink Frost, and Candy Red or Candy Green Metallic burst. Fender offered a Kahler vibrato as an option, but few were shipped.

Smith was unable to find records indicating quantities made, but estimated that between late ’83 and ’85, a few thousand shipped. In retrospect, he feels that while the guitars were successful in terms of quality and public perception, the sale and transitional period experienced by Fender at the time may have led to its premature decline. In 1986, Robben Ford was brought on as an endorser of the Esprit model before Fender reworked the concept and dubbed the guitar the Robben Ford signature model.

This article originally appeared in the January 1998 issue of VG. All copyrights are by the author and Vintage Guitar magazine. Unauthorized replication or use is strictly prohibited.