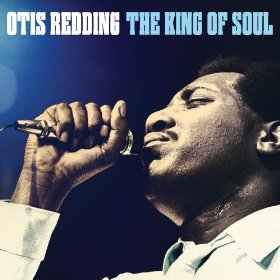 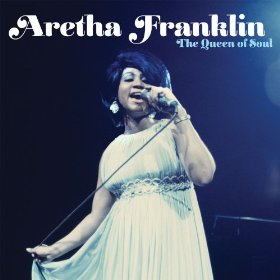 First off, neither of these excellent four-CD sets includes personnel listings in their skimpy liner booklets. This is simply unpardonable – especially considering how stylish, how inﬂuential, how downright phenomenal the backlines are on most of these songs.

But to back up and start from the start, these two new collections are ﬁne, budget-priced sets that cover the highlights of Otis Redding’s full career and Aretha Franklin’s famed Atlantic years from 1967 to 1976. Included are all the classics that you’ve got to have, plus singles, interesting B-sides, rarities, and live shots. The musical selection is rock solid.
All of which makes the lack of liner notes even more mystifying. The king and queen of soul knew good sidemen when they had them and certainly would have given credit where it was due. It’s the backlines, and especially guitarmen, on many of these tracks that are key components in making them sparkle.

Most cuts here are prime examples of how to play tasteful rhythm riffs, accent the vocals with the perfect quick lick, step forward for a short-but-sweet solo, and then back out of the spotlight into the shadows.

On Redding’s breakthrough early ballad, “These Arms Of Mine,” the unsung hero was Johnny Jenkins, a lefty guitarist whose ﬂashy blues impressed a young Jimi Hendrix. Jenkins was the original bandleader, but after Redding broke out and hit big, Jenkins opted not to join Redding’s band, and in 1970 cut his own solo LP, Ton-Ton Macoute, with support from none other than Duane Allman and group.

The pianist on “These Arms Of Mine” was a young Steve Cropper, who as a guitarist, co-songwriter, and sometime producer would play a key role in Redding’s career at Stax and Volt Records. Cropper – along with the rest of Booker T. & the MG’s, often with the Mar-Keys horn section – played on many of the singer’s best tracks. Cropper’s guitar behind Redding is always in service of the song and the singer. He’s the exemplary sideman or studio musician, depending on the venue. His playing is elegant, spare, and yet truly sublime. Cropper also picked his Tele on some of Aretha’s greatest sessions, but never played the same developmental role as he did with Redding. Aretha had many backing bands during her decade-plus with Atlantic: Cornell Dupree on “Respect,” Muscle Shoals Swamper Jimmy Johnson on the standout Lady Soul album, Kenny Burrell on Soul ’69, Joe South, Bobby Womack, bassist Tommy Cogbill who also picked a six-string, and more.

Her most famous sidemen, though, were Eric Clapton and Duane Allman, albeit on only a cut apiece. Clapton, then part of Cream, played lead and got special billing on “Good To Me As I Am To You.” Allman’s slide work graced Aretha’s version of The Band’s “The Weight.”

He leads off the song with gritty, lowdown bottleneck before Aretha and the Swampers come in, laying down an impossibly funky vibe.

So get these two excellent collections to pay homage to the king and queen. But listen closely to the guitarmen and backlines: Otis and Aretha sure were.