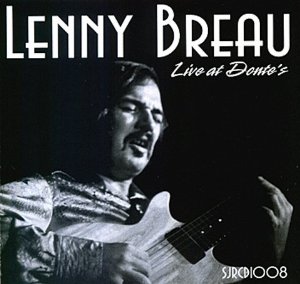 Jazz and R&B great Phil Upchurch said, “Lenny Breau was the most innovative guitarist since Wes Montgomery.” Considering that Montgomery is widely regarded as the third link in the chain of jazz guitar’s greatest stylists, after Django Reinhardt and Charlie Christian, it’s a lofty claim – but one with which Pat Metheny, Martin Taylor, and Tommy Emmanuel would likely agree.

Born in 1941, Breau was playing country music with his parents’ act at 12. After he’d absorbed and incorporated jazz, he was signed to RCA in ’69 by his initial inspiration, Chet Atkins. While his albums were dissected in hushed tones by fellow guitarists (his beautiful arpeggiated harmonics, his use of a custom seven-string with a high A), substance abuse accounted for his relative obscurity.

On August 12, 1984, Breau was the victim of a murder that remains unsolved. Thus, the discovery of tapes of a live gig barely two months prior is a major event. The guitar mastery on display in this intimate trio setting supports Upchurch’s declaration. The double-CD’s repertoire is mostly standards, but he takes a song like “My Funny Valentine” from ballad to smoking bebop, displaying colossal chops but even greater musicality. A fitting coda to a career cut far too short.