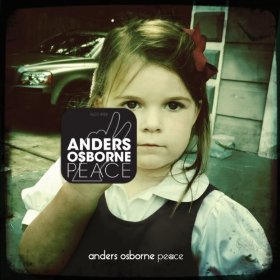 On his third full-length recording for Alligator, Osborne has hit the jackpot. While his songwriting has always been precise, soulful, and detailed, he nails every song here with a straightforwardness. Lyrically, the themes can be dark, but also seem hopeful. Musically, his mix of rock, soul, grunge, and blues recalls days when rock’s best singer/songwriters were a diverse lot who covered lots of ground.

It’s hard to pick prime cuts when they all shine. “47” is an amazing song about life that starts with funky drums and guitar before Osborne’s gritty falsetto enters. The song’s hook, like pretty much all of them on the record, is stunningly good. Simple, to the point, and catchy as hell, it’s impossible not to walk away singing it after one listen. The guitar work is soulful and the cacophony of guitars that ends it, with its Middle-Eastern lilt is the perfect cherry on top.

Alligator has done a fine job expanding its traditional blues base, and artists like Osborne indicate they just want good music. The rock of Peace puts them in line to be on many best-of lists once the year is over.