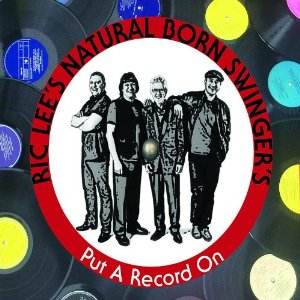 This band doesn’t just hearken back to the late ’60s British blues movement; it includes two seminal figures from that period, in Ten Years After drummer Ric Lee and pianist Bob Hall, an original member of Savoy Brown and the Groundhogs. In fact, the CD shares its Stax-tinged title song with that of Tramp, a 1969 ad hoc band Hall led, which included Dave and Jo Ann Kelly and Fleetwood Mac’s Danny Kirwan and Mick Fleetwood.

With guitarist Danny Handley of the re-formed Animals and bassist Scott Whitley, the mixture of younger and “more seasoned” players assures that this is more than merely an exercise in nostalgia. Added to 10 originals are three songs from TYA’s catalog – “Rock Your Mama,” “I Want To Know,” and “Don’t Want You Woman,” all featuring Manfred Mann’s Paul Jones on harmonica. “It’s Too Late” features another cameo, with composer/ vocalist Hadley trading guitar solos with Savoy Brown founder Kim Simmonds.

The material ranges from the humorous “I Don’t Play Boogie” to the honky-tonking “A Fool Like Me” and the politically charged “Hills Of Afghanistan” – with authoritative doses of rock and, of course, swing.