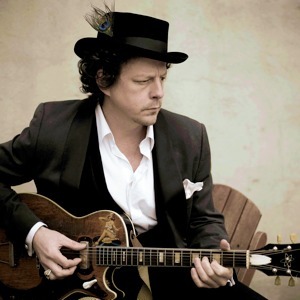 Ian Siegal has an unprecedented five nominations in the 2013 British Blues Awards, announced earlier this week. Siegal is nominated for Male Vocalist, Band, Acoustic Artist, Album, and Song. This is the first time one act has received five nominations, and it caps a year in which Siegal gained a second nomination in the American Blues Music Awards for Best Contemporary Album. He is the only British artist ever to have been nominated in that category.

Siegal is midway through a solo tour of the U.K., Holland and Belgium. He also played six European shows with his band, The Mississippi Mudbloods, culminating May 8 in London. Siegal has won British Blues Awards for Band (2010), Male Vocalist (’11 and ’12), Acoustic Artist (’12).