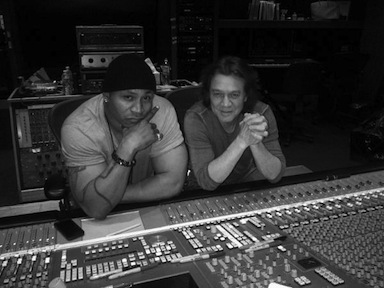 Eddie Van Halen and LL Cool J have teamed up on two songs for the rapper’s upcoming album, Authentic, set for release April 30. The rock icon joined the rapper in the studio and kicked the volume up on “We’re The Greatest,” which was co-written and co-produced by Cool J and Van Halen and features Travis Barker of Blink 182 on drums, as well as “Not Leaving You Tonight,” which also features Fitz and the Tantrums. For more, go to van-halen.com or llcoolj.com.