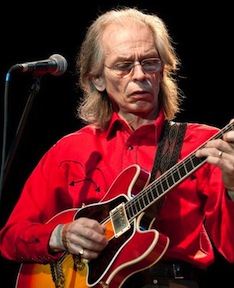 Guitarist Steve Howe has parted ways with Asia, choosing to focus on his work with Yes, his trio, and solo-guitar work. Howe founded the prog-rock band in the early 1980s with bassist John Wetton, drummer Carl Palmer, and keyboardist Geoff Downes. Its self-titled ’82 debut album produced two MTV-video-propelled megahits, “Heat of the Moment” and “Only Time Will Tell,” and is certified quadruple platinum in the U.S. Howe will be replaced by British-born guitarist Sam Coulson. Yes is slated to tour the U.S. beginning in March.