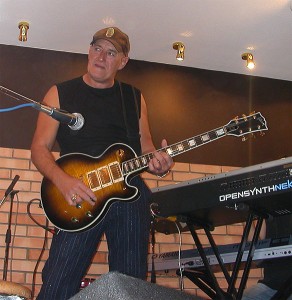 Jan Akkerman, the Dutch guitarist known for his experimental style that employed volume swells, sweep picking, tapping, and alternate picking, and a founding member of the prog-rock band Focus, was recently awarded knighthood by the Dutch government, for his “Service to Music.”

Classically trained on the guitar, Akkerman also played lute and composed many of Focus’ hit songs. After departing the band in 1976, he launched a solo career that has seen him collaborate with many high-profile musicians. He has remained busy through the decades and most recently performed a series of concerts with Andy Summers, former guitarist for The Police. Akkerman’s most recent album, Minor Details, was released in 2011.