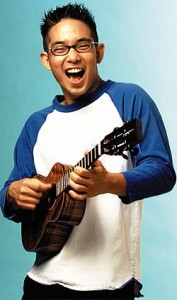 Jake Shimabukuro will continue his “Grand Ukulele” tour with more than 20 confirmed dates in 2013. Supporting his new album of the same name, Shimabukuro whose chops and sensibilities have been praised by music media, will make stops in Atlanta, Memphis, Santa Cruz, Anchorage, and more. The tour will also make international stops in Australia, Japan and New Zealand. To see a list of tour dates, go to http://bit.ly/Vkbii3. To read VG‘s feature interview with Shimabukuro and its reviews of his albums, go to vintageguitar.com/?s=Jake+Shimabukuro&searchsubmit=Search.