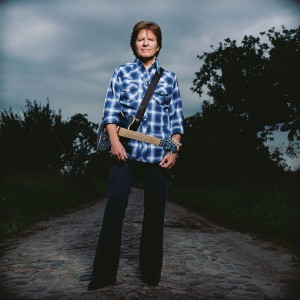 John Fogerty will release a new record, Wrote A Song For Everyone. The album is a collection of classics and deep tracks from his canon of hits as well as some brand new songs, performed alongside an array of artists, including Foo Fighters (“Fortunate Son”), Bob Seger (“Who’ll Stop The Rain”), Keith Urban, Brad Paisley, My Morning Jacket, Alan Jackson, Miranda Lambert and more. The album will also see Fogerty teaming with acclaimed new bands. Wrote A Song For Everyone will be released on Vanguard Records in the fall. Full details, including a complete artist list and tracklisting, will be announced shortly.