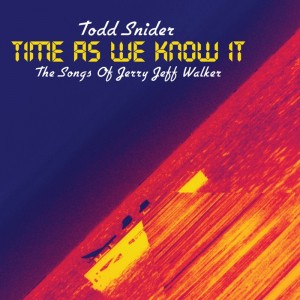 Todd Snider is set release Time As We Know It: The Songs of Jerry Jeff Walker, a tribute to his musical hero. “I’ve always hoped I’d stay around long enough to get to make a record of Jerry Jeff Walker songs,” Snider says. “He’s the guy I saw at 19 and decided to try to be like. His are the first songs I learned.”