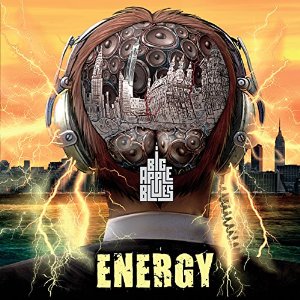 Considering that its first-cousin, jazz, is predominantly an instrumental form, it’s surprising that there are so few instrumental blues albums. In terms of guitar, of course, Freddie King excelled most successfully, but that was more than a half-century ago. In recent years, Ronnie Earl has been the main torchbearer.

“Remembering Eni,” a minor-key slow blues with a descending bass line à la “Loan Me A Dime,” features powerful solos by Jim Alfredson on B-3, harpist Anthony Kane, recalling Paul Butterfield’s tone, and Zunis, who might want to add Duane Allman to his list of influences.

The trick to a successful blues instrumental album is mixing different tempos and grooves, steering clear of “just another shuffle” (or slow blues or “Tramp” groove). And while there may not be a “Hide Away” or “Honky Tonk” here, Big Apple has put together a set of originals listenable enough for you to not miss the singer. 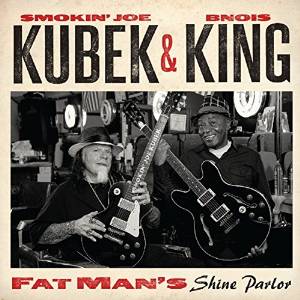 Their latest is a set of 12 originals, kicking off with the hard-charging boogie “Got My Heart Broken.” There’s a touch of ZZ Top in much of the material, like “River Of Whiskey,” where Kubek’s slide playing shines, and “Don’t Want To Be Alone,” a slow blues with a shuffle underpinning, somewhat like “Just Got Back From Baby’s.”

Just when you thought this was yet another helping of tried and true Texas blues, the CD’s biggest detour, “Brown Bomba Mojo,” careens near psychedelic land, with its twin guitar riff, wah solo, and mantra-like anchor to the I. But back to the blues, Kubek bends with the best of them (Stevie Ray, Buddy Guy) on “Done Got Caught Blues.”