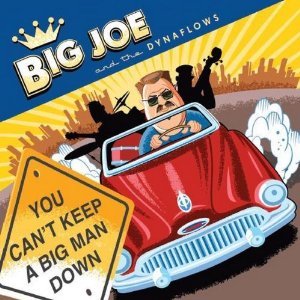 Big Joe Maher’s latest showcases his bluesy, swinging vocal style and rocksolid drumming on a dozen tracks split evenly between originals and covers, including B.B. King’s “Bad Case of Love” to Billy Wright’s “The Question – Whatcha Gonna Do,” to a special version of Johnny Green’s “Someday” and Jay McShann’s “Confessin’ the Blues.” The album’s closer, “What the Hell Were You Thinkin?” was written by Delbert McClinton, Kevin McKendree, and Tom Hambridge and smokes like bok choy on an open flame.

Guitarist Rob McNelley keeps the mood appropriately blue, and most cuts feature Dennis Taylor on sax. Whether it’s the rollicking Chicago blues of the title track, the New-Orleans-influenced “Evangeline,” the Texas blues sound of “Bad Case of Love,” or a Kansas City jump-style cut, the fleet-fingered Maher delivers in spades on arguably his strongest album. The music is mature, gutsy, and experienced.