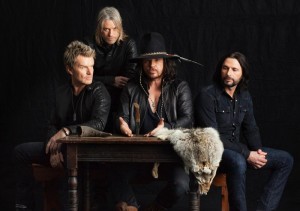 The Cult has recorded a new album, Choice of Weapon, the group’s first studio disc in five years. It’s set for release May 22.

Fans can preview the album at thecult.us.