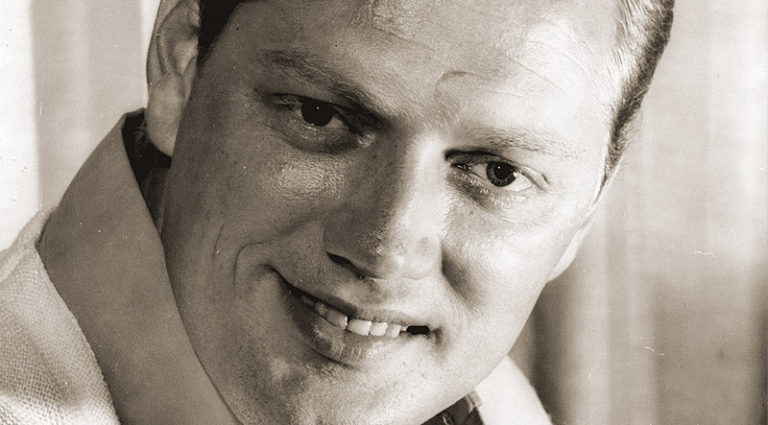 Bob Moore, a charter member of Nashville’s “A-Team” of session musicians and Nashville’s most recorded upright and electric bassist, died September 22. He was 88.

For decades, country bassists doubled as onstage comedians, playing basic, rudimentary accompaniment on records. Moore drastically raised that bar. He made the bass an integral part of the music, particularly on the late-’50s and early-’60s “Nashville Sound” recordings that broadened country’s audience, as well as on many pop and rock hits.

Born in Nashville and raised by his grandmother, a young Moore shined shoes downtown and at the backstage door of the Ryman Auditorium, where he got to know the performers and sidemen.

Playing music with guitarist friends Billy and Floyd Robinson, he borrowed an upright bass from his school and got informal pointers from Jack Drake, bassist for Opry star Ernest Tubb’s Texas Troubadours. Moore and the Robinsons performed as a cowboy act called the Eagle Rangers.

He was still in his teens when he joined Paul Howard’s Western-swing band the Arkansas Cotton Pickers in the late ’40s. When Howard’s guitarist, Jabo Arrington, returned to Nashville to organize a band for new Opry singer Little Jimmy Dickens, Moore became its bassist. Dickens’ buoyant 1950 single “A-Sleepin’ at the Foot of the Bed” was the first hit to include Moore’s playing.

Moore’s early-’50s freelancing involved backing Opry singers on their morning WSM radio shows and touring with others. When he joined WSM music director Owen Bradley’s 15-piece Nashville orchestra, playing dance music and swing, he found a friend and mentor.
Bradley not only educated him on the technical sides of music and nuances of recording, when he became Nashville producer for Decca Records, Moore was his bassist of choice. He’d also earn that stature with producers Chet Atkins, Don Law, Ken Nelson and Billy Sherrill.

As Nashville’s recording industry mushroomed, he and his fellow studio players earned their legendary “A-Team” status through their ability to craft distinctive arrangements on the fly – arrangements that often enhanced a record’s appeal.

His skill on the upright bass became an integral part of “Nashville sound” classics such as Ferlin Husky’s “Gone,” Jim Reeves’ “Four Walls” and Bobby Helms’ “Jingle Bell Rock.” He likewise enhanced the Patsy Cline standards “Walkin’ After Midnight,” “I Fall to Pieces,” “Crazy” and “Sweet Dreams” and created the memorable solo-bass intro to Roger Miller’s “King of the Road.”

Equally at ease with rockers, he accompanied Elvis Presley on his late-’50s Nashville sessions and many more in the ’60s, he did Brenda Lee, Johnny Burnette and others. Moore’s sole hit came in 1961 with the Top 10, Mariachi-flavored instrumental “Mexico” on Nashville’s Monument Records, a label he co-owned for a time. As Monument’s session leader, he shaped Roy Orbison standards such as “Only the Lonely (Know the Way I Feel),” “Blue Bayou” and “It’s Over.”

“I met Bob when I first started doing sessions in 1960,” said Kennedy. “I was in charge of hiring on Mercury sessions and always called Bob first. He was one of the greatest musicians who ever played upright bass. As a friend, I could not have had better.”

Marty Stuart cites Moore’s pulsating shuffle bass on Faron Young’s 1969 hit “Wine Me Up” as, “No less than a thunderous event. Perfection. The bedrock of A-Team greatness and a pure reflection of the man himself.” It was, he adds, “Only one in a countless stream of songs that Bob played on that helped build – as well as define – the genres of what is now classic country and early rock and roll.”

While he preferred upright, Moore excelled on electric bass, first using it on a Jim Reeves session and later playing it on the 1978 Kenny Rogers megahit “The Gambler.”

He took particular pride in his ability to support and guide singers during sessions. “I got to listenin’ during a song to how they would react to different things,” he said in a 2009 interview. “Elvis would always look around [at] me and wink. It helped them to get back in comfortably without even knowin’ it.”

Retiring from regular studio work in 1980, he did occasional sessions but returned to the stage, backing Crystal Gayle, Jerry Lee Lewis, and others, and produced Johnny Cash’s Mercury album Boom Chicka Boom. Nashville’s Musicians Hall of Fame inducted him in 2007.

“Bob Moore was truly one of the godfathers of the low note who laid it down solid, all while setting the standard for bass players to follow for generations to come,” Stuart said.