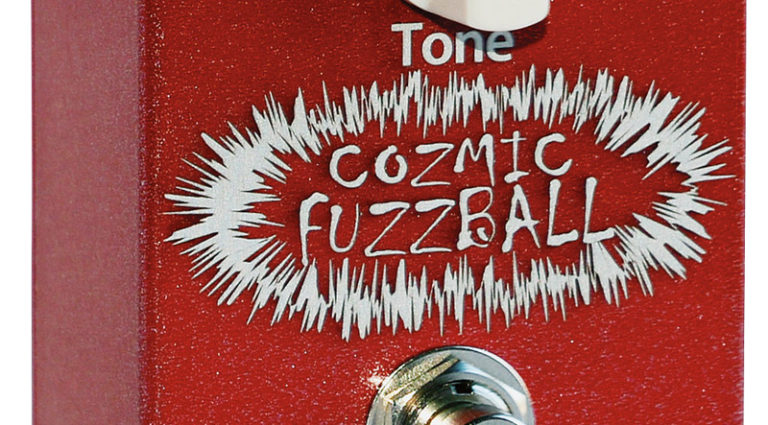 The culmination of a quest to build the perfect transparent overdrive, Garth Heslop’s Cozmic Fuzzball is the third pedal in the series from his company, McGregor Pedals.

Designed and hand-soldered by Heslop, Cozmic Fuzzball has evolved with a hairier signal than his earlier pedals, the Crunch Transparent Overdrive and Crunch Plus. By stacking hard and soft clipping then adding an overdriven transistor, the Cozmic Fuzzball brings together distortion and fuzz sounds to produce gnarly tones with musical sheen. Attack, Tone, and Volume controls offer flexibility along with a variable high-pass filter and Level control; Volume attenuates clipped signal after the tone filter. Adjusting Tone and Attack together showcases the pedal’s response with squish and a lot of sustain. It tracks well for fast scalar passages, and is great for players hip to picking dynamics. Designed for guitar and bass, the Cozmic Fuzzball straddles overdrive, distortion, and fuzz textures but never appropriates one over the other. With no battery compartment, it requires a 9-volt adapter.

The Cozmic Fuzzball doesn’t do metal, can’t nail Hendrix fuzz tones, and won’t take you to SRV land. What it does is something unique – it’s a hybrid with plenty of character, perfect for players looking to craft their own voice.