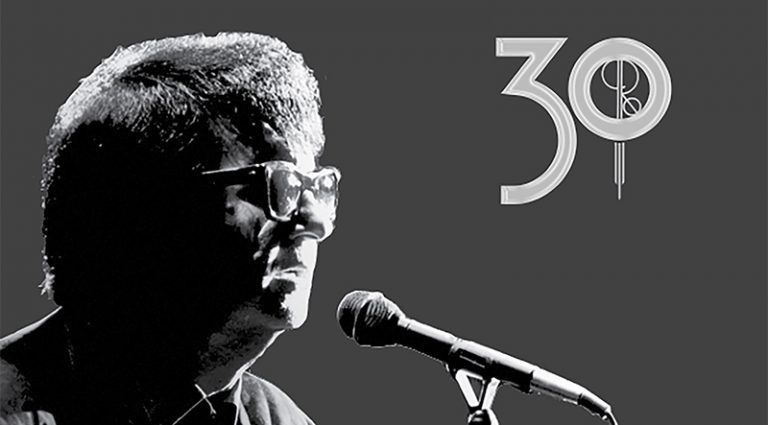 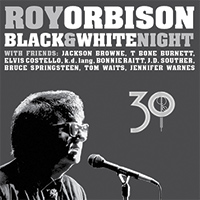 The year 1987 saw Roy Orbison in the midst of a triumphant resurgence. His ’60s recording “In Dreams” was featured in the hit film Blue Velvet. He joined Dylan, George Harrison, Tom Petty, and Jeff Lynne in the Traveling Wilburys. And that September, he taped the Cinemax special A Black & White Night at Hollywood’s Coconut Grove, performing a virtual career retrospective.

After its 1988 premiere, it was marketed on videotape, DVD, and CD; for this 30th-anniversary CD/DVD re-release, the Orbison estate (Roy’s Boys), reconfigured the concert, restoring the original song sequence and adding unused footage from the seven camera angles to create a significantly different presentation.

Unchanged: the guitar fireworks between Burton (toting his paisley Tele), Springsteen, and Orbison with his black 335 as the show progresses.