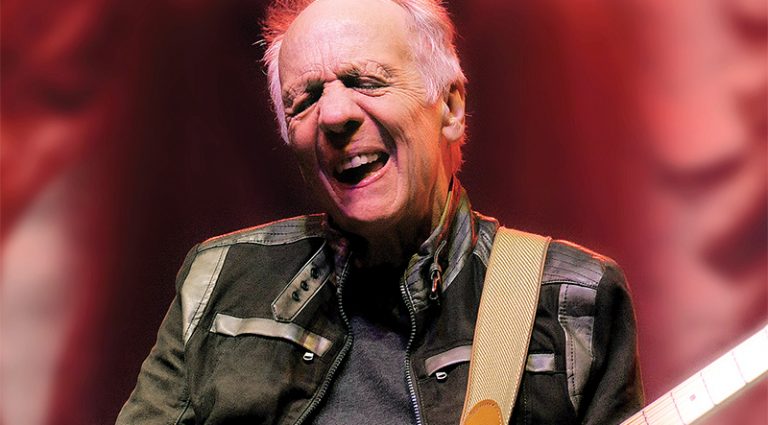 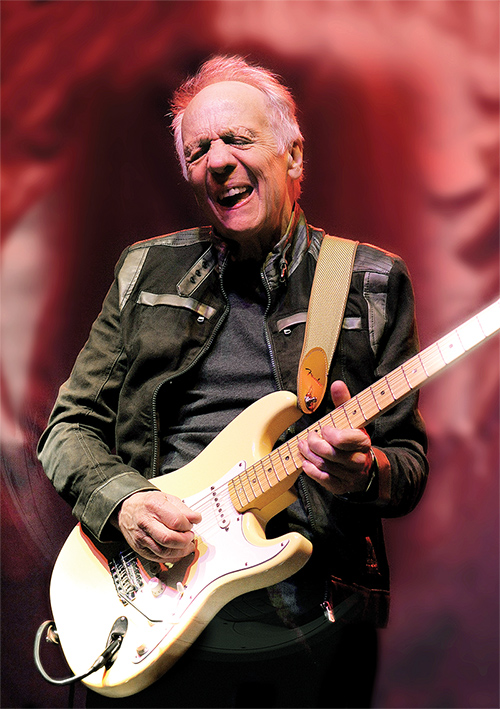 On his 20th album, Something’s About to Change, Strat stalwart Robin Trower once again dives into the blues for a set of songs redolent of Albert and B.B. King. As he has done on earlier solo records, the former Procol Harum guitarist carries the vocals and even tackles bass duties.

“I’m quite different as a guitar player now than I was when I did Bridge of Sighs,” he said. “There are similarities in the writing in that I still try to make stuff soulful. But, technically, I’ve developed along different lines. I haven’t lost any of the passion, but I’ve formed a different way of speaking on the guitar.”

Can you describe the approach to your playing on Something’s About to Change?
Every song I write starts on a guitar part, then I build vocal around that. If I come up with a song idea, I think about whether I’d like to play lead on it. If I don’t, I don’t write the song. Guitar leads are central to the whole way of going about it. Because, fundamentally, I’m a guitar player. I try and keep everything as fresh as possible and not overwork it. I put some time in before I go in the studio and get a slant on it.

Is that how you’ve always worked, solo-wise?
Not really. It’s developed over the last couple of albums because before, I would just go in and see what happens. ’Cause I’m drawing more on my blues roots, I’m more interested in the actual melodies, much like the way Albert King always played fantastic melodies.

Talk a bit about the solo on “Good Morning Midnight,” which sounds like you were really digging into some of the notes.
Some notes I play with the fingers, so it’s kind of like pulling it or snapping it back. I work between the pick and fingers on slower things. I did an album a long time ago called Sunday Blues, where I played all the leads with my thumb and fingers.

Did you play only your signature Strat on the new album?
Yep. I love the vocal quality to the Strat when you play lead. My Strat has three reissue pickups; the neck is a Custom ’50s, the middle is a Custom ’60s, and the bridge is a Texas Special. It’s the only guitar I used, but I do have several of them.

Can you describe what each pickup does for your sound?
It’s mainly about the ’50s pickup on the neck. It’s not very powerful and has more highs to it. It can really get a more-expressive, not-very-thick sound out of the neck. The ’60s pickup in the middle has more attack. I very rarely use the bridge, so it’s always about those two, really.

Is there a difference between the signature Strat and vintage Fenders?
Obviously, one thing I chose was the bigger headstock because I thought a bit more wood might get a bit more resonance. Also, it has locking Sperzel tuners, which help tremendously; I slightly vibrato chords and double notes. I’ve got large frets rather than the vintage-sized frets. Also, it’s a flatter neck than a vintage guitar. So in a lot of ways, it’s quite modern. 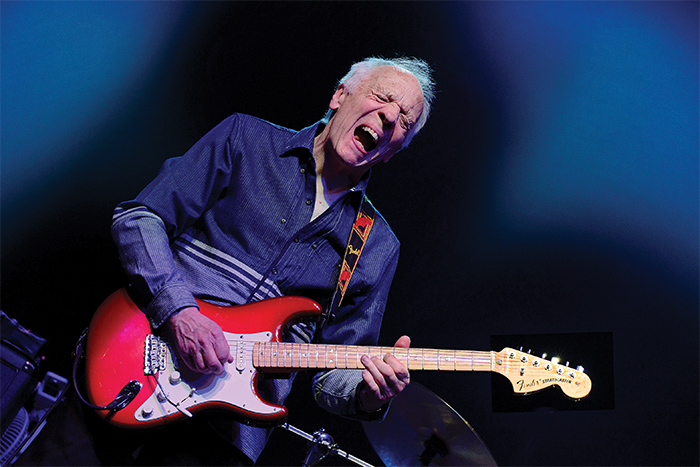 What was your amp rig?
It was a 100-watt Marshall Vintage Modern 2466. I was going through a 2×12 Marshall open-back cabinet with Vintage Celestion 30 speakers.

Which types of effects did you use?
Mostly, the Fulltone Robin Trower Overdrive. I used an original Full-Drive. I think there’s a bit of Mini DejáVibe on a couple of tracks and a bit of wah here and there.

Can you talk a little bit about miking the cabs?
It’s basically a Shure 58 placed not too close, but on the edge of the speaker. Not in the center, because it’s too harsh; it’s about 8″ away.

Why did you play bass on the album?
I love playing bass. I play it more like a guitar player than a bass player; it’s that riff thing. I used a Fender Precision through a Marshall bass amp.

Like you’ve done on earlier albums, you sang every song on Something’s About to Change.
I actually wrote all the songs for me to sing. It’s the first time I’ve ever done that, because I would usually write songs thinking someone else was gonna sing them. As it turns out, the lyrics are very personal, and I’m really happy with the album.